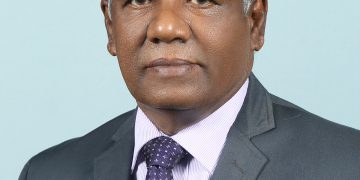 Colombo, July 20: Sri Lankan Defense Secretary Karunasena Hettiarachchi has appealed to the media not to talk about the alleged presence in the island of the terrorist Islamic State of Iraq and Syria (ISIS) but leave the matter to the government and the Security Force to tackle, Ceylon Today reported on Wednesday.

Asked to comment on the alleged “radicalization” of Sri Lankan Muslims in the context of reports that some Sri Lankan Muslims had gone to Syria to join the ISIS and also recent Indian media reports suggesting that a couple from Kerala had stayed in a Salafi school in Negombo before “disappearing”, Hettiarachchi said: “I don’t want to talk of radicalization. I don’t even want the media to talk about it because we are a neutral country to all these things. We don’t take any side, but we are cautious and careful about our country. My advice is that we shouldn’t discuss this matter.”

Pressed to comment on the widespread talk of a “threat” from Islamic radicals, the Defense Secretary said: “ Let the government and the Security look after the matter. I think the media should keep away from these things.”

No Plans To Buy Pak Planes

Asked if there are plans to buy new fighter jets from Pakistan, Hettiarachchi said that no decision has been taken yet to buy such aircraft from any particular country.

“That will be done based on the procurement procedure, by calling for tenders,” he said.

Hettiarachchi justified the search for new aircraft for the Sri Lankan Air Force because the country needs to be prepared for any future security threat.

Pakistan had offered the JF-17 Thunder, a low-cost multi-role fighter built collaboratively by China and Pakistan, and Sri Lanka was well on its way to buy 8 to 10 aircraft. But India diplomatically protested through a “non-paper” saying that the JF-17 had many negative features. India also pointed out that Lanka would not need a multi-role fighter.

Following this, the Sirisena government cancelled talks on the purchase of the Pakistani aircraft.

Meanwhile, Sri Lankan newspapers put out stories saying that India had offered its Tejas Light Combat Aircraft as an alternative to JF-17. The state owned Sunday Observer  even quoted the Lankan Air Force Chief, Air Marshal Gagan Bulathsinghala, to base its story on.

But Indian sources said that India had no alternative aircraft to offer Sri Lanka. At that time Tejas was still undergoing tests and modifications at the instance of the Indian Air Force.

But the Tejas is now ready and a small number has joined the IAF. However, it is still not certain if India is pushing Sri Lanka to buy it.

Indian military experts agree with the Sri Lankan stand that though there is no war now, Lanka will have to modernize its Air Force to be able to meet any emergency in the future.