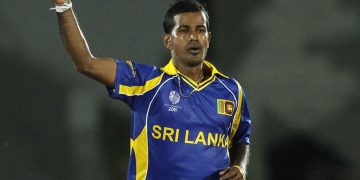 Kulasekara was arrested for running over a motorcyclist at the Ranmuthugala area in Kadawatha on the Kandy-Colombo main road on Monday afternoon.
The motorcyclist had succumbed to his injuries.
Earlier in June 2016, Kulasekara announced retirement from Test cricket in order to focus his energy on shorter formats.
The last time he played a Test match was against England in June 2015, in which he managed to scalp only 2 wickets.
The 33-year-old made his Test debut in 2005 against New Zealand. In 21 Test matches he played for the islanders, he took 48 wickets at an average of 37.37, with an impressive economy of 3.01.
SendShare3Tweet2ShareShare