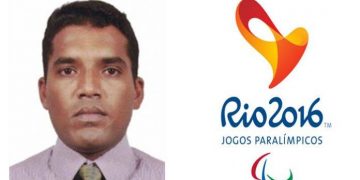 Priyantha cleared a distance of 58.23 metres, recording his personal best, on Tuesday (13).

He finished behind India’s Devendra and China’s Chunliang Guo.

Devendra won the gold medal setting a new world record with an achievement of 63.97 metres, while Guo threw 59.93 metres to win the silver medal.