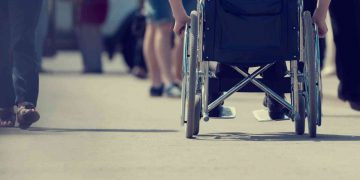 Colombo, Sept 30 (NIA) – Sri Lanka’s Tourism Ministry, will put in place all basic facilities for physically challenged people to visit the island nation, a statement from the Ministry said here on Friday .

Sri Lanka’s Tourism Minister, John Amaratunga said that with this year’s theme being ‘Tourism for all – promoting universal accessibility’, it was the right time for the government to plan ahead and make Sri Lanka a success story in providing accessibility to all in this part of the world.
“It is of greater relevance to us here in Sri Lanka as we are now on the cusp of rapid growth in both tourism infrastructure development and hotel inventory,” Amaratunga said.
“We need to start by facilitating our own physically challenged people who are eager to explore their motherland but hesitate to do so due to inadequate facilities.”
Amaratunga further said that as a country that has emerged from a three decade long war which left thousands of citizens with various disabilities, Sri Lanka was obligated to put in place the basic facilities needed to ensure both the safety and comfort of physically challenged people.
He also noted that Sri Lanka must also make every effort to use modern technology to remove barriers for people with special needs such as hearing and visual impairments.
Sri Lanka is targeting at least 2.5 million tourists by the end of this year as against last year’s 1.8 million.
The island nation’s tourism industry was one of the economic sectors that was hardest hit by the nearly three decade long conflict against Tamil Tiger rebels.
Following the defeat of the rebels in May 2009, and the subsequent removal of negative travel advisories, the industry witnessed a sudden boom.
China is currently the leading market with the most number of tourist arrivals with the government recently announcing that it  is targeting at least 300,000 Chinese tourists this year.
SendShare1Tweet1ShareShare