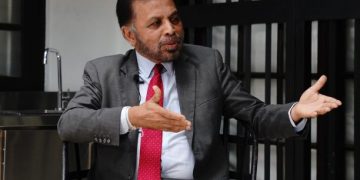 “I would like to see a number of tea companies, rubber products companies, spice companies, coconut products companies, gem and jewelry producers, and other service providers, including Sri Lanka Tourism and Sri Lankan Airlines, make use of this opportunity to access the Chinese market,” said Kohona, also former permanent representative of Sri Lanka to the United Nations.

Citing the Sri Lankan tea as an example, Kohona said it has become a favorable trend among young Chinese consumers.

“It’s not only the wonderful beaches, historical sites, tea plantations, greenery and pure blue skies that need to be projected to the Chinese market. This is the only country in the world where you can watch whales frolicking in the ocean in the morning, and go and see elephants in the afternoon,” he said.

The Sri Lankan government, Kohona said, will formulate a reliable legal framework for special economic zones in Colombo Port City and Hambantota Port, flagship cooperation projects between Sri Lanka and China within the framework of the Belt and Road Initiative, which would be attractive to investors from all over the world.

Refuting some western countries’ accusation against China of setting up “debt traps” in developing countries as “sheer propaganda,” Kohona pointed out that 90 percent of Sri Lanka’s debt is in fact owed to western and multilateral financial institutions.

Sri Lanka is open to investments from any country, but only China was there to help when the country needed it the most, he noted, stressing that Sri Lanka should be seen as a friendly country for Chinese companies.

(The photograph of Dr.Palitha Kohona featured above and the video are by Tang Lu/Xinhua)