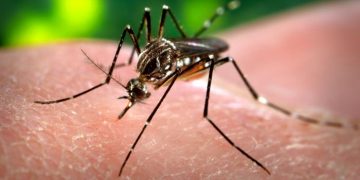 Speaking to newspaper editors, President Rajapaksa said that a sample of the mosquito breed had been brought to Sri Lanka “on an experimental basis,” and the new experiment is currently underway.

President Rajapaksa further instructed all governors and health department workers to take immediate measures to combat the spread of dengue.

Sri Lanka’s health officials earlier this week warned of a dengue outbreak in the island country, as over 120 deaths have been reported so far this year and over 87,000 people affected from at least 11 districts.

Secretary of the Government Medical Officers Association (GMOA) Haritha Aluthge said that the GMOA had informed Health Minister Pavithra Wanniarachchi and the Secretary to the Ministry of Health of the seriousness of the issue as over 10 districts were affected by the rapidly increasing spread of the disease.

Continuous rains in many parts of the island country are one of the leading reasons for the spread of the virus.

Haritha said that while Colombo, Gampaha, in the outskirts of the capital and Kandy, in the central hills, were the worst affected districts, with 50 percent of the total of over 87,000 number of cases reported, for the first time an outbreak of dengue was also reported from the Jaffna District in the north.