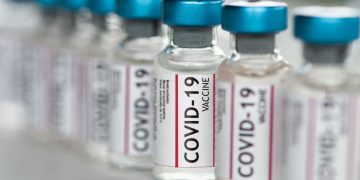 Sri Lanka to decide by early Jan. on COVID-19 vaccine

WHO seeks a moratorium on Covid vaccine boosters so more people can get initial shots.

Sri Lanka to decide by early Jan. on COVID-19 vaccine Covid-19 Coronavirus Vaccine vials in a row macro close up

Colombo, December 23 (Daily Mirror) – Sri Lanka’s expert committee which has been appointed to study the COVID-19 vaccines which have been produced by some countries will conclude its final recommendation as to which vaccine would be best suited for Sri Lankans, by early January, after which the government will inform the WHO, a senior official from the Health Ministry told Daily Mirror yesterday.

The committee which has been meeting since August is presently concluding its study on the vaccines and have taken into consideration several elements as to which vaccine would be best suited for Sri Lanka.

Some of the factors taken into consideration when studying the literature of the vaccines, is the temperature which it needs to be stored in and if there are any side effects. Some vaccines are required to be stored in -70 degrees and -20 degrees and if Sri Lanka is to purchase these ultracold chain vaccines then facilities will have to be arranged for its delivery into the country and its necessary storage.

Stressing that still no vaccination had been approved by the WHO, the official said countries were purchasing these vaccines under an emergency basis only. “So all these factors are being evaluated and a final decision will be made as to which is best suited for Sri Lanka. So most probably we will be able to come up with some sort of workable solution by next week or early January, and we will be informing the WHO as well as our other counterparts which include the ADB, World Bank and the EU who are also assisting us,” the official said.

Initially, the WHO will be providing vaccines for 20 percent of Sri Lankans free of charge after which the government will have to purchase the vaccination for the rest of the population. A separate committee is studying as to which groups will be receiving the vaccinations as soon as it arrives. Those who will be vaccinated first will be high-risk groups.

The U.N. delegation and Sri Lankan officials agreed that vaccination at such a mass scale will require a whole-of-government approach to ensure Sri Lanka’s preparedness for the delivery and administering of the vaccine once it arrives.

Prime Minister Rajapaksa had informed the delegation that with many countries facing a dangerous second wave of the coronavirus, it seemed that vaccines were the only measure that could bring an end to this pandemic.

However, the WHO representative said that even with the vaccine, people will still need to take precautions as it was still a new vaccine and while it would protect people from dying, they did not know how much it would reduce the transmission. (Jamila Husain)