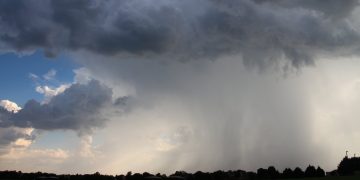 by Editor
in Around South Asia, Around The World, Science, Sri Lanka
Reading Time: 2 mins read
3 1 Colombo, March 27 (newsin.asia) – Sri Lanka’s Power and Energy Ministry, on Wednesday announced that it had temporarily halted its artificial rains project in drought-hit areas due to the lack of clouds with moisture.

The Ministry said that following the success of its pilot project carried out above the Maussakelle Reservoir, in the Central Province last week, which caused heavy rains for 45 minutes, the project was forced to be temporarily halted due to clouds not containing sufficient moisture to trigger artificial rains.

The project was expected to be carried out in other catchments area reservoirs, namely Castlereigh, in the central highlands in the coming weeks.

“We are in the process of identifying areas which need artificial rains. As far as triggering artificial rains in the Maussakelle and Castlereight catchment areas is concerned, we have to further examine whether it is worthwhile to continue as there is no moisture in the clouds,” General Manager of the Ceylon Electricity Board, S. D. W. Gunawardana said.

A Sri Lanka Air Force helicopter was used to spray chemicals on the clouds, 8000 feet above the reservoir, resulting in 45 minutes of rains.

In February last year, a group consisting of Thai engineers visited the Castlereigh and Maussakelle Reservoirs in the catchment areas to seek the possibilities of creating artificial rains as water levels in these reservoirs had seen a drastic drop.

Local media reports said the Thai engineers represent the only company in the world that has the patent to create artificial rain.

Hundreds of families remain affected by months of severe drought due to the lack of rains and delayed monsoonal rains in the central parts of Sri Lanka.