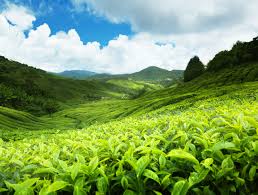 July 27 (NIA) – The Sri Lankan government is giving priority to getting duty free access to the Indian and Chinese markets for its main exports like tea and apparel in talks on free trade deals scheduled to start next week, a local media report said here on Wednesday.

K G Weerasinghe, a member of the negotiating team for trade deals and a former director-general of commerce, quoted in the report, said that the talks starting next week will first work out the framework for agreements and then go into details.

The requirements of export companies seeking greater access to overseas markets are being taken into consideration in the talks, he said.

“With the Chinese side we have indicated priority products like apparels, tea, gems and jewellery rubber and coconut-related products, certain spices, fruits and vegetables,” Weerasinghe said.

“We’ll give priority to a number of tariff lines on which we seek duty free market access immediately when the agreements come into effect, instead of in a phased manner as is usual,” he said.

Sri Lanka’s International Trade Minister, Malik Samarawickrema told journalists on Tuesday that a Chinese delegation is expected to arrive in Sri Lanka next month for talks on a Free Trade Agreement (FTA) between the two countries. The China, Sri Lanka FTA is likely to be signed in 2017 he said, adding that an FTA with India and Singapore was also on the cards.