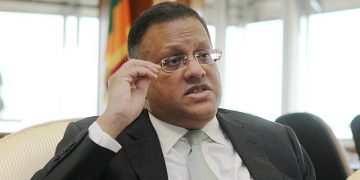 Colombo, April 20 (newsin.asia): Sri Lankan Police, on Friday said the Interpol had issued a ‘Red Notice’ on the island’s former Central Bank Governor, Arjuna Mahendran, over a treasury bond scam which costed millions of dollars to the country’s coffers.

The police said the Interpol Red Notice would be effective in all countries and not just any particular region.

The police will also work closely with Interpol to locate Mahendran’s whereabouts after it was reported that he had fled the island country despite being a key suspect in the treasury bond scam.

On March 29, the a local Magistrate’s Court in Colombo re-issued an arrest warrant on the former Central Bank Chief while the prosecution had said it was working on getting a ‘Red Notice’ from Interpol for Mahendran’s arrest.

The court had been informed that Mahedran had been absconding.

A presidential commission, who was probing the alleged scam, in a report accused Mahendran of insider trading and recommended the state recover its losses from him and his son-in-law, Arjuna Aloysius, who is also alleged to have been involved. Aloysius is currently in remand and held at a prison in Colombo over the controversial scam.

The Treasury is said to have lost 11,145 million rupees (about 72 million ollars) due to the Treasury bond scam and other malpractices which was allegedly committed under the watch of Mahendran.