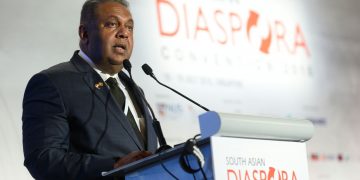 Colombo, Jan 13 (NIA) – Sri Lanka’s Foreign Minister, Mangala Samaraweera says that although the country’s war against terrorism ended in May 2009, the healing of wounds of over two decades of conflict, achieving reconciliation and national integration and catching up on economic progress and development remains challenging tasks for the island country.

Samaraweera said while 2 years ago on Jan 8th, the people of Sri Lanka, through a vote, ended authoritarianism, corruption and the politics of hate, the new unity government which was sworn into power in 2015, had achieved a significant number of promises set out in the 100 Day Work Programme.

The most significant, he said, was the repeal of the 18th Amendment to the Constitution, and the adoption of the 19th Amendment.

In two years Sri Lanka had also made considerable strides from soft-authoritarianism towards consolidating a rights-based democracy with deeply entrenched institutions and values, Samaraweera said.

“Two years since the 8th of January in 2015, the National Unity Government remains steadfast in its determination to achieve the objectives it set out to achieve for our country. We have succeeded against far greater odds and more powerful foes,” he said.

“The challenges that we have before us are not easy ones. But determination and unity, and courage and moral fortitude drives us to embrace tough choices and endure hardship to break the cycle of missed opportunities and disappointments to achieve for our people, especially our future generations, the prosperous and peaceful land that they so deserve. We are determined to ensure our success.”

He also said the statement issued in Brussels by the European Commission on granting the GSP+ concession to Sri Lanka was yet another indicator of Sri Lanka moving along the right track.