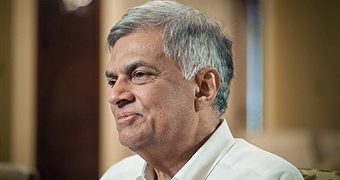 “We are unable to continue paying off the debts of the Hambantota Port and the Mattala Airport while all efforts have been taken to keep Sri Lankan Airlines from winding up,” the Prime Minister said.

Listing the reasons that compelled the government to restructure loss-making enterprises, the Prime Minister said: “Most state corporations are loss-making or generate low profits. On the other hand, the heavy debt burden prevents the country from moving forward.”

“There were no proper reports available when Budget 2016 was prepared. The previous government obtained loans using state enterprises and those loans were not included on the national debt list.”

“Privatizing loss-making institutions will help secure jobs and prevent these institutions from becoming a burden on the public. The privatization process will be transparent and beneficial for the Government,” he assured.

“We have purposefully-established state enterprises as well as those that are not. Hyatt and LHCL are enterprises that were not built with a purpose but are mostly a burden to Sri Lanka Insurance. Paying the Mattala loan is a big burden and we don’t have the ability to bring one million passengers to this airport every year.”

“ The Hambantota Port is also a problem. The Port alone will not make it viable. Vehicles are now unloaded at Hambantota Port and an additional cost of Rs. 20,000 is charged to bring these vehicles to Colombo. This Port may have to close if we prevent vehicles from being unloaded at Mattala.”

“ We are trying to save Sri Lankan Airlines without closing it. If we continue to keep the A340 Airbus we will have to continue paying for it without any income. We will not be able to use the oil tanks in Trincomalee. The market dynamics are different,” the Prime Minister said.

AFP reported on Wednesday that Sri Lanka will scrap an airline set up by the country’s strongman former President Mahinda Rajapaksa which is widely seen as a vanity project, with the national carrier Sri Lankan Airlines set to take over its routes.

Budget carrier Mihin Lanka was founded by Mahinda Rajapaksa in 2007 but has operated at a huge loss.

“By the end of the year, there will be no Mihin Lanka and we (Sri Lankan airlines) will be servicing the routes they operated,” Dias said in Colombo at the opening of a new call centre for the national carrier.

Mihin operates four Airbus aircraft to several Indian cities as well as Bangladesh, Indonesia, the Seychelles, the Maldives and Bahrain.

Former President Rajapaksa launched Mihin to compete with Sri Lankan airlines, which was then part-owned and managed by Dubai’s Emirates airline, amid personal disagreements with the national carrier’s managers.

The Emirates deal was cancelled in 2008 after Sri Lankan Airlines refused to bump fare-paying business-class passengers to economy and give their seats to members of Rajapaksa’s family, who were returning from London.

A furious Rajapaksa removed the Emirates-appointed CEO of Sri Lankan from his post and replaced him with his brother-in-law.

Sri Lankan airlines has also sunk into the red since the Emirates deal ended, with an estimated debt of $3.2 billion.

Other vanity projects launched by the former president include an international airport in his constituency in the island’s south. It is widely regarded as a white elephant, with only one airline using it. It is famous as the “World’s Emptiest Airport”.

An investigation is underway into a $2.3 billion deal to buy Airbus aircraft during Rajapaksa’s presidency over graft allegations.

The mounting debt crisis at Sri Lankan has forced the government to seek international partners to inject capital and manage the airline.

In an interview to Daily FT, Minister for Public Enterprises Development Kabir Hashim said that ten parties have shown an interest in investing in the airline.