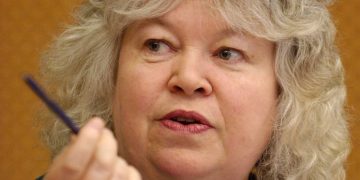 Colombo, November 2 (The New Indian Express): Sri Lanka should show convincing progress in implementing 19 international human rights covenants by early 2017, if it is to get the European Union (EU) to restore trade concessions under the General System of Preferences Plus scheme in May 2017 ,a four-member EU inspection team has said.

The team, which concluded its tour of the country on Tuesday, acknowledged that Sri Lanka has made progress in the field of ethnic reconciliation and strengthening of democratic institutions since the UN Human Rights Council passed a resolution on it in September 2015, but stated that there is still work to be done.

Jean Lambert, the head of the team, told the media here, that she hoped that the Sri Lankan  government will seize the moment to fulfill the conditions in time to get the concessions in May 2017.

The EU team found that progress has not been up to the mark in a number of fields, such as the return of lands to Tamil civilians in the former war  zones; the release of prisoners taken in during the conflict; amending the Code of Criminal Procedure to allow legal assistance from the time of arrest; replacing the draconian Prevention of Terrorism Act by a more internationally acceptable one; establishing an Office of Missing Persons; carrying out security sector reforms; and devolving power to the provinces as per the 13 th.Amendment of the constitution.

While land is being given back to Tamils in installments, the fate of 111 war time prisoners remains uncertain. The Code of Criminal Procedure is still to be amended to allow a lawyer’s presence during the first questioning when torture is generally resorted to. The amended PTA was so full of loopholes that government was forced to withdraw it. The Office of Missing Persons is yet to take concrete shape. The 13 th. Amendment devolving power to the provinces is still being flouted with the Central government constantly undermining the provincial administration.

The problem is acute in the Tamil speaking Northern Province where the Central Government executes   projects without consulting the provincial council, even in matters under the Provincial or the Concurrent List. Most importantly, the 100,000 man Sri Lanka narmy stationed there is executing projects which ought to be left to the provincial administration to do.

Despite pressure from the UN, US and EU, the Sri Lankan government is proceeding at a snail’s pace so as not to alienate the vast southern Sinhalese nationalist constituency. This  constituency, which is  wary of giving more power to the Tamil minority, is cultivated even by the liberal Sri Lankan President Maithripala Sirisena, who loses no opportunity to publicly declare that he would never compromise on national security or let down the armed forces.