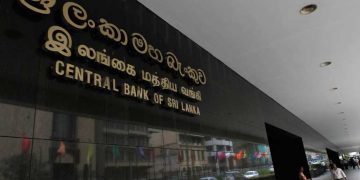 Colombo, Oct 24 (NIA) – Sri Lanka’s Financial Intelligence Unit has entered into an agreement with the Inland Revenue Department to fight money laundering and terrorist financing, the country’s Central Bank said in a statement on Monday.

The agreement is to exchange information in order to facilitate investigations and prosecutions on money laundering and terrorist financing.
“Money laundering and terrorist financing are internationally and domestically connected financial crimes which could threaten the stability of global economic and financial system,” the Central Bank statement said .
The statement added that with the increase of tax related crimes all over the world, the Financial Action Task Force (FATF), the international policy setter on Anti-Money Laundering and Countering the Financing of Terrorism (AML), recommends countries to incorporate tax crimes as predicate offence to money laundering.
The Central Bank further said that in this background, domestic coordination and cooperation between the FIU and the Department of Inland Revenue would help strengthen existing AML mechanism in Sri Lanka in relation to tax evasion.
The FIU has already entered into similar MoUs with the Sri Lanka Customs and Department of Immigration and Emigration while arrangements are being made to sign MoUs with other relevant domestic government agencies to fight money laundering and terrorist financing.
SendShare1Tweet1ShareShare