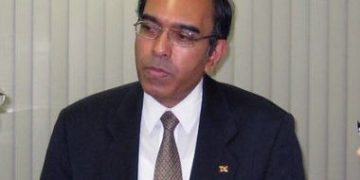 Colombo, September 5 (NIA): The Secretary to the Sri Lankan Ministry of Foreign Affairs, Esala Weerakoon, on Monday called in the High Commissioner of Malaysia to express disappointment that the Malaysian authorities had failed to provide necessary protection to Sri Lanka’s High Commissioner in Malaysia, Ibrahim Sahib Ansar, despite the High Commission bringing to the notice of relevant Malaysian authorities, the need for such protection, in the face of mounting protests especially in the last few days.

The Foreign Secretary conveyed to the High Commissioner, that the Government of Sri Lanka insists that immediate and swift action is taken to identify the perpetrators and take legal action to the fullest extent of the law; while also taking immediate measures to provide adequate security for the Sri Lanka High Commissioner, including assigning a Personal Security Officer; provide adequate security to the staff of the High Commission, the official residence and the Chancery premises; as well as the Buddhist temple in Sentul, where an incident took place on Saturday September 3.

The High Commissioner of Malaysia expressed the deepest regret of the Government of Malaysia regarding the incident and informed that the Malaysian law enforcement authorities had already arrested five suspects involved in the incident, and that legal action would be taken against the perpetrators.