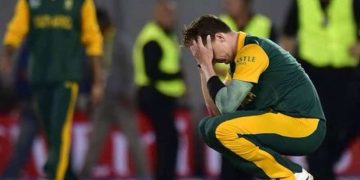 September 11 (DNA) – South Africa cricket is in major crisis after the country’s cricket board, Cricket South Africa was suspended by the Sports Confederation and Olympic Committee, a government body overlooking the broader sports in the country.

This has meant that Cricket South Africa has ceased daily operations and it throws into doubt the future of the team in international cricket. International Cricket Council (ICC) rules forbid government interference and this could mean that the national team’s participation in international tournaments could be jeopardized.

This unprecedented development comes after months of turmoil in the Cricket South Africa administration. What this could mean for South Africa cricket and for the players as well as the future of international cricket for the Proteas? Here is an explainer

Q.) What is SASCOC, the government entity that has suspended Cricket South Africa?

Q.) Why has Cricket South Africa been taken over and operations suspended?

Q.) Why South Africa can be banned?

The ICC code disallows any form of government interference in the day-to-day functioning of the board. This was the reason why Zimbabwe Cricket was banned for a certain period of time last year due to increased government interference. If this happens, then South Africa could be banned for the second time in their history, with the first ban coming from 1970 to 1991 due to the Apartheid policies.

There is no word yet about whether this move will affect South African players’ participation in IPL. As of now, they are free to compete. It is only their international matches that might be thrown in doubt.

Q.) What next for South Africa in international cricket?

The move by SASCOC has cast an uncertain future for cricket in South Africa. Currently, the borders are sealed and travel restrictions are high due to the coronavirus pandemic. No international fixtures have been announced for South Africa in this year while even domestic cricket seems to be in a limbo.