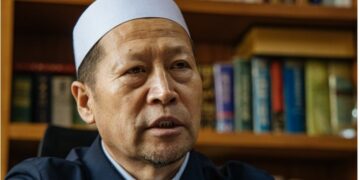 “Sinification” of religions in China: roots, functions and dysfunctions

“Sinification” of religions in China: roots, functions and dysfunctions 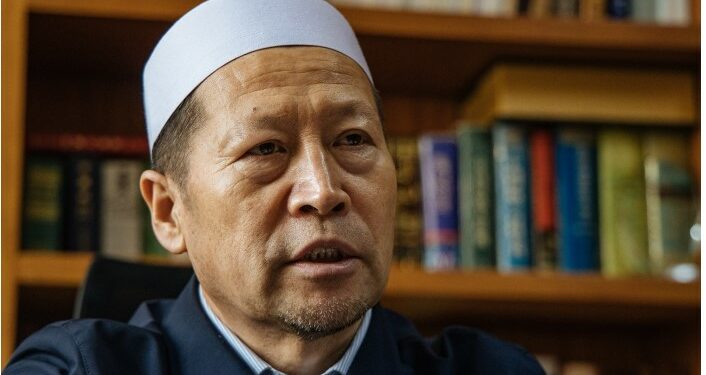 Colombo, August 16: The “Sinification” or “Sinicization” of religions, especially Islam and Christianity, in China, is one of the key programs of President Xi Jinping.

In Beijing’s view, the religions existing in China (many of which are of non-Chinese origin) will have to develop a symbiotic relationship with the larger Chinese or “Han” culture, and become part of a unified national religious ethos, even as they maintain their individual and distinctive beliefs and practices.

The regime sees Sinification of religions as a vital necessity for China’s national unity, stability and security. But Western critics see it as a threat to religious freedom, cultural diversity, democracy and human rights.

Neither side is wholly correct or wholly wrong. Nationalization or indigenization of religions has been a constant phenomenon in the history of nations the world over. But when a religion is seen as a national security threat, then nationalization and indigenization tend to take an ugly form and invite censure. China has become a butt of criticism because of its current national security approach to Islam and Christianity, especially the former because of the challenge from separatism and terrorism in the Muslim-majority Xinjiang region.

Sinification of religions in China can be viewed as being rooted in its history. Unlike some other nations, historically, China has not been multi-ethnic ideologically. Traditionally, it has looked upon non-Chinese are “barbarians” and has always sought to absorb the minorities into the larger whole.

Indigenization or nationalization of religions has also been a global phenomenon, and not a peculiarity of China. Christianity, an Asiatic religion, got thoroughly Westernized when its headquarters shifted to Rome in Europe. Indigenization became pronounced in countries where one religion or culture was dominant. In India, for instance, Christianity, with its Western cultural baggage, was indigenized (or Hinduized) after independence, especially in South India. Many nuns began to wear an ocher colored Sari instead of the Western habit. Some Catholic priests began to wear white dhoti or Vetti. In a few churches in Tamil Nadu, worshippers would sit cross-legged on the ground with footwear removed and not on benches with shoes on. Catholic women began to  put on the “bindi” or “pottu” which was previously considered the hallmark of a Hindu woman.

However, these adaptations did not taken place due to any governmental fiat but out of a desire on the part of the church itself to make Christianity, a Western import, acceptable to locals with a Hinduistic background. Adaptation ensured its longevity in the country.

However, changes are taking place now. Governments and political parties are now taking a role in the indigenization process out of political and national security considerations. Governments have begun to view religions with international connections like Christianity and Islam with suspicion. Conversions are now seen as a demographic and political threat and as a conduit for the spread of radical (or terroristic) ideas. Governments keep an eye on the activities of foreign-funded churches and Madrassahs. Even in Islamic Turkey, what is taught in the Madrassahs or is preached in the mosques, is scrutinized so that the alien and disruptive Wahabbism is not implanted in the minds of Turkish Muslims. Therefore, religions are under pressure to change everywhere, not just in China.

In his essay on the “Sinicization” of religion in China in www.lausanne.org Thomas Harvey says that the process was introduced in 2016. Noting that religions were becoming popular among the Chinese, President Xi Jinping wanted the Chinese Communist Party (CCP) to “guide the adaptation of religions to a socialist society’. He aims at the indigenization of religious faith by rooting it’s practice and ritual in Chinese culture and society.

But Harvey says that Xi’s principal aim is to use ‘Sinicization’ to bring religions under the Chinese Communist Party’s control. The project is so important to the State and the party, that ‘Sinicization’ has even entailed the imprisonment of vast numbers of Uighur, Kazakh, and Hui Muslims as well as intractable Christian leaders, who pose a challenge however mildly.

It has seven chapters and 52 Articles. The clergy have been asked to resist illegal religious activities, religious extremism or overseas forces’ use of religion to infiltrate China. Religious personnel should not do the following: undermine national security and public safety; promote, support or fund religious extremism; split the country; engage in terrorist activities; be manipulated by overseas forces or accept designation from overseas religious groups or institutes, or violate principles on independence from outside.

Successive violent terrorist incidents in the Muslim-dominated Xinjiang Uygur Autonomous Region and the persistence of separatist feelings in Tibet because of the Buddhist leader the Dalai Lama, had been responsible  for China’s fears and the tough measures taken to regulate religions.

According to Shen Guiping, a religious expert at the Central Institute of Socialism, Sinicization means sinicizing Christianity in every aspect, including doctrines, cultural customs, morality and culture. Shen told the Global Times that “Christianity currently follows the rule of indigenization but it doesn’t necessarily implement Sinicization.

“A good religion fosters openness and desire to learn new information. Religion should not be self-centered and constrained to its own doctrines,” commented Chen Qijia, a professor from the Renmin University of China. A Muslim leader said that indigenization or Sinification of Islam would help it survive in China.

However, there are non-religious reasons too for the Sinification process being launched now, Harvey says. According to him, Xi has sensed danger from the “burgeoning of civil society” in China after Deng Xiao Ping and he himself opened up the country to the world.

Foreign influences, ideas, thoughts and aspirations had crept in and spread their influence. To quote Harvey: “Legions of entrepreneurs, academics, religious groups, Chinese studying abroad, lawyers, and others have formed associations and adopted new belief systems that view CCP (Communist Part of China) ideology as hopelessly hackneyed. As multi-national and Overseas Chinese corporations have poured into China, many Chinese now have foreign bosses and can ignore Party apparatchiks. They move freely both in and out of China on business apart from government oversight and control. The result has been the emergence of intellectual, religious, business, literary, and artistic communities that only grudgingly nod to Party ideology. This has proved both a blessing and a curse to CCP fortunes. The strong economy dampens dissent, but the rise of civil society diminishes and even questions the CCP’s ideological sway.”

“It is Xi’s conviction that, if the rule of the CCP is to survive, it must instigate radical ideological renewal and Sinicization of religions is but a part of the task.”

This is already affecting many in China, locals as well as expats, Harvey adds. “Foreign businesses, intellectuals, artists, religious leaders, and their institutions both in and beyond China are feeling the pressure. Like the purges and incarceration of suspected political enemies in the 1950s, ‘Sinicization’ is now the ideology and policy that drives the mass incarceration of up to two million Muslim Uighurs, Hui, and Kazakhs in Xinjiang re-education camps, as well as the detention and re-education of Chinese Christian pastors.”