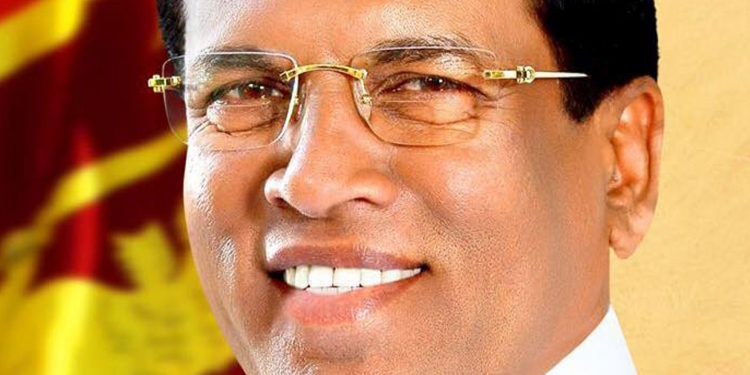 Colombo, October 28 (NIA): Sri Lankan President Maithripala Sirisena has said that though the Liberation Tigers of Tamil Eelam (LTTE) was militarily defeated in 2009, the ideology of separatist terrorism has still not been defeated and called for full vigil and support for the armed forces.

“We must never forget that the concept and ideology of LTTE terrorism is alive in certain parts of the world. It is clearly manifest in the protests staged against Sri Lanka in certain world capitals by LTTE sympathizers. Therefore, the obliteration of LTTE terrorism must be made a great victory by strengthening ourselves physically, strategically and in combat. We cannot be complacent at any stage. We must be alert at all times and aware that separatist terrorism has not been defeated ideologically,” the President said at an armed forces investiture ceremony here on Thursday.

“The government has done much to promote reconciliation between the Sinhalese, Tamils, Muslims and other communities during the past one and half years and its efforts have been successful. We have also created an environment in the country that strengthens inter-communal peace and harmony. But we must not forget for a moment that there are certain groups and organizations that are ideologically in favor of separatism. These have not been destroyed and are waiting for an opportunity to create trouble in Sri Lanka. We must defeat them. That is why we must win the confidence of the global community. But we must not, at any time, lower our guard in regard to national security,” President Sirisena said.

He accused the media and NGOs for making irresponsible statements without due  regard for national security and described those who indulged in such things as “traitorous”.

“I have to say this clearly: some media behaved in an unacceptable manner abusing the media freedom that exists today. But, no matter how much they criticize, oppose or attack me, I will never lose confidence in the armed forces and will always be committed to do the utmost for the welfare, honor and dignity of the three armed forces and our heroic soldiers. I am not ready to compromise national security in order to please NGOs,” he declared.

The Sri Lankan President said Indian Prime Minister Narendra Modi had told him the disruptions caused in India by NGOs.

“I am used to criticism and vituperative politics. But I cannot be dictated to because of the agendas of some NGOs and certain media organizations. Those who give wrong interpretations of our work must not poke their noses into the affairs of the government,” Sirisena said.