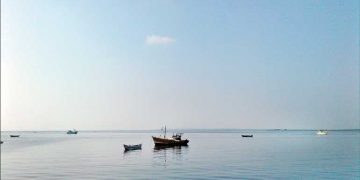 Seeking the spirituality of Christmas in Jaffna

Seeking the spirituality of Christmas in Jaffna It is 5:30a.m. and it’s 24 December.I have just arrived in the night bus from Colombo to Jaffna. I am embarking on a Christmas retreat to make my observation of the birth of Jesus separate from the meaningless glitter, glamour and chatter that goes on in Colombo.

My quest each year at Christmas is to spend some time in solitude and seek for my own ascending of that arduous mountain called wisdom, the Christ who is today sadly lost in the conventional Sunday masses of the Church. This year I chose to travel to Jaffna, a district I hold much love for, hoping to find once again the spirituality it was associated with prior to the war, where some areas, especially such as Velvettithurai, was known to be the home of many seers and sages whose quest for purity of mind which although was associated with Hinduism was open to all people and whose search for higher truths was universal.

I had also heard about the ashram of the famed sage of Jaffna, Yogaswami  who had been schooled in his childhood in the Christian tradition and whose teachings were easily grasped by those of all religious backgrounds and was eager to visit the location.

So, carrying a bag with ample room for buying of spiritually oriented books from Jaffna, in case I find some I have been looking for, I disembark from the bus and wait for the vehicle to be sent from the Christian centre I am staying in. Soon after a senior Christian priest from the institution emerges from a vehicle having been so kind as to personally arrive at the bus stand instead of sending a driver.En route we discuss the possibilities of visiting the Yogaswami Ashram. For my ‘Christmas mass’ I have decided that I will endeavor to see the face of Christ in ordinary people of Jaffna striving for the past 10 years to get on with their lives putting the trauma and destruction of the past behind them.

Shortly after arriving at the Christian residency, and over a wholesome but simple breakfast that the Christian priests are kind enough to share with any visitors to their centre, the conversation revolves around the parables of Jesus and just how complex and deep their spiritual significance is. While on this topic, the focus gradually shifts to the sages who lived in Jaffna and to the meaningless 30 year destruction of war. Few experiences of some of the priests in dealing with those who still suffer from the trauma of war and whose loss is immense, is shared and a pall of silence falls on us.The cool Jaffna winds blow in through the windows of the refectory bringing with it the faint sounds of Hindu prayer chants from a nearby house. In this soothing calm of Jaffna, occasionally punctured by firecrackers and not gunshots one almost hears the words ‘When will humankind as a whole rise to its highest self, instead of descending to its lowest?’

With breakfast over and a priest who is familiar with the Yogaswami Ashram agreeing to accompany me to the location on K.K.S. Road, we travel by three-wheeler. The driver of the three-wheeler is the father of two academically oriented youth and shares with us that his daughter who is studying business management wants to find a career in Colombo. Looking out onto the roads as people sweep their gardens, light incense in front of shops and hordes of cows freely use the road as their living room, I silently sympathize with any Jaffna youth coming to Colombo and its soul-less commercialism.

The Legend Around Yogaswami

About four kilometers  from the Jaffna town on the KKS route, we have arrived at the Yogaswami Ashram also known as Sivathondan Nilayam, a simple building which is open to anyone who wishes to enter it. Soon after the Christian priest who accompanies me warmly greets Murali, currently in charge of the ashram, a young man whose demeanor is of utmost humility. The venerated Yogaswami had passed away (in 1964) and his teachings have been promoted by several of his followers and disciples, among whom are Chellathurai Swamy who set up the Sivathondan Nilayam Ashram in Jaffna as well as Batticaloa and Santhaswamy (James Ramsbotham),  the son of the last British Governor General of Colonial Ceylon, Lord Soulbury.

A sense of peace prevails as we all sit on the ground in the veranda of the ashram. The need to speak for the sake of speaking, often the most rampant disease in modern life ceases. The Christian priest brushes aside attempts by Murali to find a chair for him and recalls that this is exactly where he used to sit in the late 1970s as a young priest when he used to visit the ashram for philosophical discourse with the then teacher of Ashram. We are soon after greeted by an engineer from Colombo, a follower of Yogaswami  and  a  patron of the ashram and shortly after a young doctor from Jaffna comes to spend some time meditating inside the ashram.

The popular legend around Yogaswami as told by many with a smile is that he used to chase away most of his devotees and there is one instance where a government official had come on a working day to meet the sage and was thoroughly reprimanded for abandoning his official duties. For Yogaswami performing one’s ordinary work is spirituality. I jokingly tell the Christian priest that Jesus if he was alive today he will probably chase most churchgoers away, including priests and thankfully the priest does not take offense but laughs. He briefly mentions a book by Santhaswamy titled ‘A recapitulation of the Lord’s Prayer’, published in 1985 which is the prayer ‘Our Father’ taught by Jesus Christ.

I mentally recount ‘Our Father’ and picture myself in a forest and saying the prayer to the ears of the trees and the universe. There is no one to judge whether my thought is right or wrong. It is just a beautiful thought my mind says and I accept it. Thus thinking I remember the empty space in my bag for the spiritually oriented books I just thought I might find in Jaffna and I ask Murali if there are any books on Yogaswami. Indeed there are and I happily purchase two books; ‘Natchintanai; Songs and sayings of Yogaswami’and the book ‘Yogaswami; Life and Spiritual Guidance’and am also given a few copies of the Ashram magazine titled ‘Sivathondan’ published by the Sivathondan society.I also collect a small booklet written by a South-based follower of Yogaswami and an eminent writer of spiritual and philosophical content, Susunaga Weeraperuma. The booklet is on his association with the sage, beginning with the strange manner in which fate facilitated a meeting with Yogaswamy.

After some refreshing soya coffee served by Murali, I go upstairs to the large meditation hall and am also invited to see the room which is dedicated to Yogaswami where there is the bed he slept on and a few articles used by him.I make a note to come again to spend a full day at the ashram and as it is Christmas Eve and the Christian priest accompanying me has to say Christmas midnight mass at a far off location in Jaffna, we take our leave. The peace and quiet I wished this Christmas to be in my consciousnesshas is already settled and I leave back to Jaffna town to spend the next one week traveling across the district.

Later that evening enjoying a solitary walk along the fishing village of Gurunagar, as the occasional pre-24th midnight Christmas fire crackers puncture the air, I am struck by how the general demeanor and facial expressions of peace is the same in all human beings and in this evening I see that quality in an aged fisherman as he sits alone by his boat mending his net. He tells me that his eldest son was killed in the war and that he ekes a living by fishing with the help of his 35-year-old son. He avoids going to church festivals because neither he nor his children can afford ‘festival quality clothes’. So he plans to spend the birthday commemoration of Jesus mending his nets and go with his children to church for some quiet time after the festivities are over.

As I continue my walk passing the brightly colored boats of Gurunagar,I focus my attention on Jesus, the humble carpenter, yogi, philosopher and crusader for justice and I wish myself the courage, equilibrium and strength to tread his path and read into the few recorded words of his wisely. I also wish that in this new year that I come closer to the realization that the ‘Kingdom of God is within oneself’.

(The writer is a student of secular spirituality, comparative religious philosophy, and peace studies. She can be reached on [email protected])