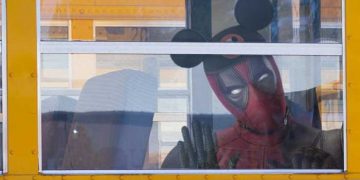 December 30 (Empire) – The acquisition of 20th Century Fox by Disney at the start of 2019 meant, amongst other implications, the Fox-owned X-Men and Fantastic Four franchises being swallowed by the Disney-owned Marvel Cinematic Universe. All has been pretty quiet on that front since, with the broad understanding that Dark Phoenix marked the end of the X-movies as we knew them for 18 years. But one X-offshoot at least is set to continue. Ryan Reynolds has confirmed that Deadpool 3 is actively developing at Marvel Studios.

“We’re working on it right now with the whole team,” Reynolds said on talk show Live With Kelly & Ryan, with “the whole team” likely meaning, at base, himself and Deadpool _1_ and 2__ writers Rhett Reese and Paul Wernick. “We’re over at Marvel, which is the big leagues all of a sudden. It’s kind of crazy.”

There were no further details, but it does raise the tantalising possibility of Deadpool being somehow folded into the MCU as it moves forward post-Endgame. Or, perhaps more likely, he’ll remain a law unto himself: an outlier to the main series, snarking from the wings.

As for the worry that the very R-rated Merc With a Mouth might undergo a Disneyfied PG-13ification… fear not, because that’s already been addressed. Disney CEO Bob Iger confirmed before the merger even happened that, “There is room for the Fox properties to exist without significant Disney influence over the nature of the content… There is certainly popularity amongst Marvel fans for the R-rated Deadpool films as a for instance… We’re going to continue in that business.”