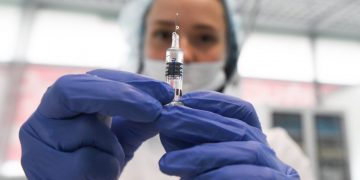 Moscow, March 20 (Reuters) – Russian scientists have begun testing prototypes of potential vaccines against the new coronavirus on animals in a laboratory in Siberia, Russia’s consumer health regulator said on Friday.

Russia has reported 199 coronavirus cases so far, less than in many other European countries, but the figure has risen sharply in recent days. One person diagnosed with the virus has died.

Scientists in the Vektor State Virology and Biotechnology Centre in the city of Novosibirsk have developed vaccine prototypes based on six different technological platforms and began tests on Monday to try to work out how effective they are and in what doses they could be administered, the regulator said.

Scientists around the world have warned that the development of a vaccine is a lengthy and complex process that might only yield something for broader use in the next 12-18 months.

“Most often, laboratory mice and rats are used for such studies, ferrets, lower primates and other special lines of laboratory animals are also used,” the Russian regulator, Rospotrebnadzor, said in a statement.

Scientists expect it will be possible to start rolling out a vaccine in the last three months of 2020, it added.