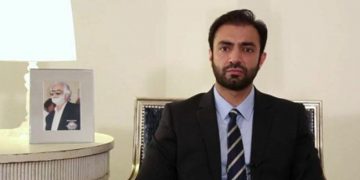 With request for asylum in India, Bugti has slammed the door on reconciliation with Pakistan

With request for asylum in India, Bugti has slammed the door on reconciliation with Pakistan Islamabad, September 22 (Dawn): The problems that Balochistan faces will not go away by involving hostile foreign countries in what is essentially a domestic political issue that has been militarised and mishandled. If anything, this will further complicate the issue.

Hence, the announcement by Baloch separatist leader Brahamdagh Bugti that he intends to seek political asylum in India is regrettable, and makes it nearly impossible for him to attempt any rapprochement with Pakistan’s military establishment, which largely controls this country’s Balochistan policy.

For all intents and purposes, Mr Bugti seems to have permanently slammed the door on reconciliation.

His unfortunate decision follows on the heels of Narendra Modi’s provocative speech on India’s Independence Day last month, in which the Indian leader made a pointed reference to Balochistan.

Such moves only strengthen the views of conservative quarters in Pakistan that India is fomenting trouble in Balochistan. This is indeed partially true.

But while New Delhi is involved in stoking matters in the troubled province, it is the Pakistani establishment’s policy of stifling political dissent in Balochistan that has allowed a hostile neighbour to expose a domestic sore spot.

However, Mr Bugti’s embrace of India should not be used by the government and security establishment to further crack down on all political dissent in Balochistan.

For there to be any movement towards normalisation in the province, Baloch nationalist leaders, particularly those in mainstream politics, should clearly enunciate their views on Mr Bugti’s move.

And it would reinforce their credibility if they state at this point that their campaign for rights is a political and democratic one, and purely indigenous. Becoming pawns in a convoluted geopolitical game won’t alleviate Balochistan’s grievances.

While secession is out of the question, the province’s concerns regarding autonomy must be addressed and the door to reconciliation kept open.

The military must realise that Balochistan’s problems are primarily political, and it is the political route — not the military one — that can help establish long-lasting peace in the province, and hopefully usher in an era of harmony and stability in the troubled area.