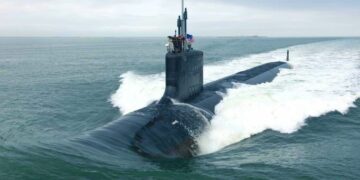 Colombo, September 18: Two recent decisions of the United States, one on Afghanistan and the other on the supply of nuclear submarines to Australia have raised the question as to whether Washington’s collaborators and allies can count on it to stick to its commitments.

These decisions have raised eyebrows also because Joe Biden became US President promising that he will defend US interests by taking with him America’s tried and tested allies and that the unilateralism of the Trump era would cease.

And yet, under Biden, as under Trump, the US sidestepped and ignored the Ashraf Ghani government (its collaborator in Afghanistan) when it cut a deal with Ghani’s arch-rival, the Taliban. The US quit Afghanistan lock, stock and barrel in indecent haste only to let the Taliban militants to do what they pleased. Thousands of local collaborators and dependents were abandoned as the US troops and White Americans were evacuated.

Again, the Biden regime kept France in the dark about its plan to give nuclear submarines to Australia ignoring an already existing five-year old US$ 66 billion Franco-Australian deal for the supply of French-made conventional submarines. Biden formed AUKUS, a new anti-China security alliance between Washington, London and Canberra, behind the back of not only France but the whole of Europe.  The US-Australia nuclear submarine deal came under AUKUS.

Biden’s decisions have adversely affected Europe’s confidence in Washington. Europe is closely tied to the US through NATO for defense against a re-emerging Russia. Christopher Caldwell, writing in New York Times, points out that the Afghan war was a US-NATO operation, involving the core of the trans-Atlantic alliance system that has its origin in the Cold War. “American fecklessness has left European leaders infuriated,” Caldwell says.

He quotes Adrien Jaulmes, a French war correspondent, as saying that  Trump and Biden have together sent a message to the allies and adversaries of the United States that Washington’s commitments are only temporary.

Significantly, European alienation from the US has come at a time when Europe is emerging as a unified whole and as a collective personality, and not a fragmented group of countries. Today the EU is “state-in-embryo” to which all but a handful of Western European countries belong. In pretty much every European country, the credentialed, the educated and the empowered want more Europe. They oppose defenders of traditional, nation-state-based sovereignty, Caldwell says.

Pro-European Union politicians even seek a measure of military autonomy for the bloc. That would weaken military ties with the US.  Bernard Guetta, a member of the European Parliament from the party of President Emmanuel Macron of France, called on Europeans to find a “geostrategic substitute for an increasingly inward-looking United States.”

Macron shows signs of wanting to use recent US blunders as a pretext for deploying de-Americanized European fighting units. Paolo Gentiloni, a former prime minister of Italy and the current EU commissioner for the economy, said, “It’s a terrible paradox, but this debacle could be the start of Europe’s moment.”

Following the formation of the AUKUS, the US-UK-Australia strategic military tie up to counter China in the Pacific, and the US decision to give nuclear submarines to Australia entailing the cancellation of a US$ 66 billion deal with France for conventional submarines, France has “recalled” its Ambassador from Washington and Canberra for “for consultations.”

France declared the US-Australian deal as “unacceptable between allies and partners.”  It is the first time in the history of the long alliance between France and the United States, dating back to 1778, that a French ambassador has been recalled to Paris in this way for consultations.

The decision by President Emmanuel Macron reflects the extent of French outrage at what it has a called a “brutal” American decision and a “stab in the back” from Australia, the media said. The French Foreign Minister said that “the exceptional decision is justified by the exceptional gravity of the announcements made on 15 September by Australia and the United States.”

Because a US company, Lockheed Martin, was a partner in the French submarine deal with Australia, the contract was viewed in Paris as an example of how France and the US could work together in Asia. The new US-Australia deal shattered this notion. But such cooperation is now difficult to achieve.

The US is trying to patch up with France, but it has no takers in Paris. “The temporary return of the ambassadors to Paris amounts to a severe diplomatic rebuke that is usually used against adversaries,” the New York Times said.  Le Monde added: “For any who still doubted it, the Biden Administration is no different from the Trump administration on this point: The United States comes first, whether it’s in the strategic, economic, financial or health fields. ‘America First’ is the guiding line of the foreign policy of the White House.”

Le Monde further said: “Beyond French sensibilities, it is the place of Europe and its role in the world that have been thrust into question.” It then asked: “Where does Europe want to stand in the global realignment happening in the shadow of the America-China confrontation?”

America’s stand on the Afghan withdrawal is that the war in that country had gone on for two decades without any result and that it was no longer possible to justify continuing the 20-year US$ 2.6 trillion war. It had made efforts to set up a credible Afghan administration, and later, to arrive at a fair solution to the Afghan problem through months of negotiations with the Taliban. It did not succeed and time was running out.

On its deal with Australia, the US stand is that it is in its vital interest and also the world’s interest to stem the growing power of China in the Indo-Pacific region. As C.Rajamohan put it in Foreign Policy the US felt that it was time it thought “out of the box.”

The AUKUS has naturally angered China which described it as a manifestation of the Cold War mentality which will only exacerbate tensions in East Asia and the Pacific. But India is happy about AUKUS,  given its confrontation with China on the border and also the issue of cross-terrorism being conducted from Pakistan.

In his talks with his Chinese counterpart Wang Yi in Dushanbe, the Indian External Affairs Minister S. Jaishankar stated India’s position clearly. He refused to subscribe to the Chinese view that Asian nations should see the conflict with the US as a “civilizational” one (as Asia vs the West). He also emphasized that normalization of Sino-Indian relations cannot take place so long as peace and tranquility of the border are not assured.

He also asked China not to view its relations with India through the lens of a “third country” by which he meant Pakistan. India feels that China has tied with Pakistan in its confrontation with India and promotes Pakistan’s interests over India’s as on the issue of cross-border terrorism and also the China-Pakistan Economic Corridor (CPEC) which passes through Gilgit-Baltistan over which India claims sovereignty.