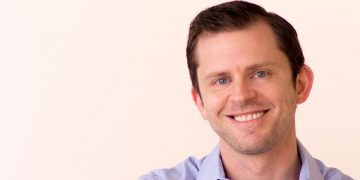 Read a book, put it into practice

Read a book, put it into practice

Here is knowledge that you, the reader, can apply in your life The Sunday Times Education section is pleased to commence a new series READ A BOOK, PUT IT INTO PRACTICE where we feature books in a manner where its contents are summed up, giving you an opportunity to imbibe the learning given in it easily. Here the purpose is to go beyond ‘bookish’ knowledge but to promote knowledge that will be given life to, by you the reader, where you could apply what is in the book to your life, to be happier, more successful, healthier and to be more aware of things.

We attempt to write in a simple manner where anyone, even someone new to the language the book is in, could follow. We will be featuring books written in Sinhala, Tamil and English based on the philosophy that knowledge does not come only in the English language. Where needed we will serialize details about a particular book, so that you could get maximum benefit from it. Knowledge is something that is not limited to one sphere, or one particular science or thought. Hence the books we will feature every week will be from different genre ranging from entrepreneurship, art, science, technology, innovation, history,  sociology, mass communication, journalism, anthropology, philosophy (philosophy of the Eastern world, philosophy of countries such as Africa and also the West) environment conservation, biodiversity/agro forestry, climate change, Medical science (including Hela wedakama, Ayurvedha, Homeopathy), comparative spirituality, global cookery, self-help, global literature, psychology, peace studies and law, to name a few.

This review is facilitated from the personal collection of Suryamithra Vishwa, which totals to over 15,000 books and open to the public in Kandy free of charge.

We are commencing this series, beginning with the book The $ 100 Startup by Chris Guillebeau. The review and analysis of this book will be carried out in three phases so that you could reap the maximum benefit, where we try and include as much inspiring details as possible.

We are choosing this book for the first review because of the significance it has during this economic down turn created by the COVID19 epidemic. With companies closing down or staff being reduced, it is easy to get depressed. However under even the most difficult circumstances, human creativity, intelligence, ingenuity, will power, confidence and the urge to be free and happy can go a long way.

This book is therefore about how you can: Fire your boss, Do what you love, Work better To Live More.The above words in italics, is what it says in the cover of the book which is a New York Times bestseller. Basically this book could be described as a toolkit to take a simple hobby or a passion of an individual and give it wings to make it a money reaping business.

This book talks of top professionals such as lawyers leaving their jobs to do something they feel keenly on but there are others who combine their professions with something they love and at times make more money than they do as ‘professionals.’This book could  therefore be described as a book of happiness, where the focus is on people doing what they have a passion for, sometimes a forgotten childhood hobby, or a new skill they learn out of boredom in their well-paying but monotonous 9 to 5 jobs.

The focus in this book is therefore people who started as individuals, at times involving their spouse or family as the business grows but the concept of happiness is not limited to these people who start their own ‘one or two human show’ business. Their success as the book shows is about wanting to bring happiness to others.

Let us before we go any further into the book, learn a bit about the author; Chris Guillebeau, a 42 year old non-conformist creator of originalitythrough entrepreneurship who had never chosen the path of traditional ‘office work’. Before age 35Guillebeau had travelled to every country in the world by taking up volunteering jobs and honing his skill as a writer, all the time watching out for other renegades such as him who were their own boss and word 24 hours a day, their way. His previous book was the Art of Non Conformity (which we will also review in detail soon).

His book that we are reviewing and explaining about now, The $ 100 Startup could also be described as a research based about people around the world who are coming up with ideas that become a business even without their conscious intention.

But as the writer says, the book is not about founding a big internet startup or about opening a traditional business ‘by putting on a suit and begging for money at the bank.’ Instead, it is real life stories about people who have thought and found an alternative way to life and earning, where  their core intention is not just to ‘get money’ but have the ‘time of their life’ getting it. All the narratives/quotes featured in the book are of people who made a success of what they cared deeply about and without the conventional business plans that often are treated as synonymous with starting a business. Also, the entrepreneurs featured in the book are of diverse age groups, so one cannot say that individual self-start entrepreneurship happens only for a particular age. All these people, whatever their age, got very rich but not by using complex business theories. They got rich because they learnt to mix their diverse skills, hobbies and interests to come up with an idea that will cater to a real need they saw around them.

The word ‘value’ figures importantly in this book. It is called the ‘Value Doctrine.’ It is pointed out that the people whose stories the reader will be exposed to, created ‘value’by making something useful to others, (a toy, a teaching platform, an economical home appliance  ..the range is wide as one can see when one reads this book).

Before we end for today (because there is a word limit to this article set by the newspaper), let us look at one case study the book gives of two entrepreneur ‘renegades.’

The husband and wife duo, John and Barbara Varian transformed their ranch in California to make it an affordable ‘escape’ for people, selling them the ‘freedom’ it comes when one is flying away on a horse on a summer day. Well, before they started this they were furniture builders. As furniture builders they were doing alright financially. But one day disaster happened and their furniture was burnt down in a fire. After this calamity, they decided not to revert to the furniture business but combined their passion for horses by offering the experience of horse rides on their ranch to visitors. Soon there were requests for accommodation as well and the couple built a bunkhouse and upgraded other buildings by designing packages for riding groups. However their branding was a fact…that they are not selling ‘horse rides’ but ‘offering freedom.’

Let us conclude what has been penned so far in this review, by hoping that you will think about your hobbies or skill you are passionate about more insightfully with an entrepreneur’s eye. We also hope you will use this COVID19 pandemic time frame to plot out a business you could start easily, with zero or little investment. It may just end up as a million dollar business the way it has for those people featured in the book The $ 100 Startup by Chris Guillebeau.

We hope to reach out to you next week with our second part of the review of this book.

Oh by the way, Chris Guillebeau, the author of the above book had also free lanced as a Jazz musician!

(The featured image at the top shows Chris Guillebeau)