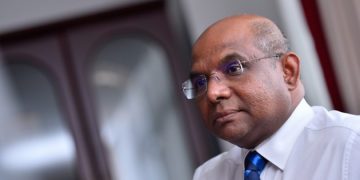 Colombo, December 14: Reactions to Sri Lankan President Gotabaya Rajapaksa’s bid to get the Maldives to bury Lankan Muslims who die of COVID-19 have been mixed. While some appreciate the Maldives Foreign Minister’s Abdulla Shahid’s positive response to Gotabaya’s request, others wonder if this is fair to the Lankan Muslims and also to the Maldivians.

In his tweet on Monday, Foreign Minister Abdulla Shahid had stated: “On special request from Sri Lankan President @GotabayaR , President @ibusolih  is consulting stakeholder authorities of the Government of Maldives to assist Sri Lanka in facilitating Islamic funeral rites in the Maldives for Sri Lankan Muslims succumbing to COVID19 pandemic.”

“President Solih’s decision is based on the close long standing bilateral ties between #SriLanka & Maldives, & to ensure help to face the challenges of the pandemic. This assistance will also offer solace to our Sri Lankan Muslim brothers & sisters grieving over burial of loved ones.”

Many in Sri Lanka wonder if it is feasible to take bodies by air to the Maldives especially since Islam enjoins burial within 24 hours. Others wonder why President Gotabaya Rajapaksa should make such a request to his Maldivian counterpart when his own Prime Minister, Mahinda Rajapaksa, had asked officials to look for lands in Sri Lankan itself which have a deep water table. This raises the question as to whether there is a lack of coordination between two of the highest functionaries of the State.

Ali Zaheer Moulana, a leading political figure in the Eastern Province where there is a concentration of Muslims, told Globe Tamil video that Sri Lankan Muslims, born and living in Sri Lanka would want to die here and be buried here. Lankan Muslims may go abroad for studies or work, but they would want to come back to their homeland, he said, underlining their abiding and deep attachment to soil of Sri Lanka.

Meanwhile twitterati have been making their views known. @mvpeoplesmajlis from the Maldives asked: “Do we have lands to bury other people? Living doesn’t have land to live in this country, but we can give land to the dead of another country? What is behind this deal? Was this approved from Majils (the Maldivian parliament)?”

Striking a sympathetic note, another Maldivian said: “Thanks a lot for the Maldivian Government for taking an excellent action towards the Muslims of Sri Lanka. It’s a great help for our Muslim brothers and sisters in Sri Lanka. @ibusolih  @abdulla_shahid”

“This is the power of prophet, v may speak different languages, v may live in different places, But v r muslims. Thank u our Maldives Ummah….! Almighty bless you…!” was another appreciative comment.

One of the critics said: “This is not the direction SL Muslims wanted to take. What they looking for is the right of burial in their own soil with dignity where their relatives can visit their grave in years to come.”

“It is shame to request other country to take our dead bodies,” added another.

(The featured image is that of Maldivian Foreign Minister Abdulla Shahid)