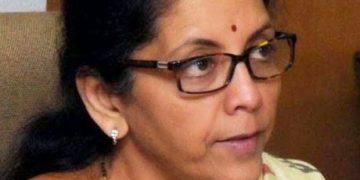 Colombo, August 27 (The New Indian Express): Indian Minister of State for Commerce, Nirmala Sitharaman, who was to come here on August 25 for a short visit at the invitation of the Sri Lankan Minister of International Trade, Malik Samarawickrama, cancelled her visit on account of pressing engagements in New Delhi, reliable sources said on Saturday.

It is learnt that she had to present in New Delhi at an important meeting on trade and economic affairs to be addressed by Prime Minister  Narendra Modi, and also to prepare for the Indo-US Strategic and Economic Dialogue in which US Secretary of State John Kerry is to participate.

Contrary to the impression in Sri Lanka, Sitharaman’s cancelled visit was at no time linked to the on-going negotiations between India and Sri Lanka on the controversial Economic and Technical Cooperation Agreement (ETCA). Her visit was only meant to reciprocate the visits to New Delhi of her Sri Lankan counterpart, Malik Samarawickrama. The Sri Lankan International Trade Minister had invited her to visit his country and she had accepted it. And while in Sri Lankan she had planned to meet President Maithripala Sirisena and Prime Minister Ranil Wickremesinghe also.

It is learnt that ETCA was not going to be discussed at her meetings with Sri Lankan leaders. Negotiations on ETCA have just begun, with only one round of meetings having taken place so far and that at the Joint Secretary  level.