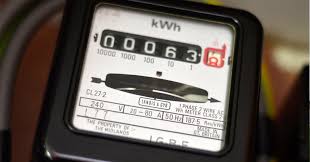 Colombo, Oct 27 (morning.lk) – Amidst controversy surrounding the Yugadanavi power plant deal with New Fortress Energy, Ceylon Electricity Board (CEB) United Trade Union Alliance Convener Ranjan Jayalal has warned that they will enter a two-day strike which will leave the country in darkness, due to the Government’s refusal to cancel the said deal.

Such statements were expressed yesterday (26) when the 11 constituent Parties of the Government met with the Joint Trade Unions of the fuel, power and port sectors.

READ: Ceylon Electricity Board Trade Union warns of strike similar to the one in 1996; Date for strike revealed

“The Government won’t cancel this agreement. Therefore we wish to tell the people that they will have to remain in darkness for two days. We will go for a strike and the country will be in darkness,” Jayalal said.

The meeting had taken place at the headquarters of the Sri Lanka Communist Party and the discussion had revolved around the Yugadanavi deal, along with the further course of action regarding the project.