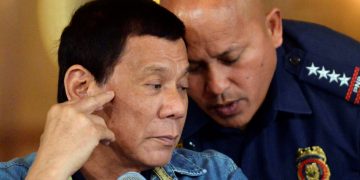 Gen.Rosa had conducted the war on drug dealers ruthlessly 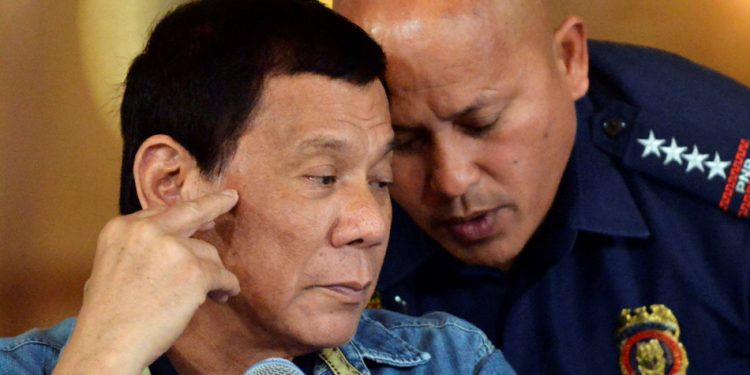 Duterte gave the US one month to reverse the visa cancellation of Dela Rosa, who spearheaded his bloody war on drugs during his stint as Philippine National Police chief.

“I am warning you kapag hindi ninyo ginawa ang correction diyan (if you don’t issue a correction) I will terminate the Visiting Forces Agreement,” the President said in a speech in San Isidro, Leyte.

In response, Dela Rosa said: “He is a leader who doesn’t want his people treated unfairly.”

“I don’t deserve this bargain but it is not all about me. It is about a one sided foreign relations. Okay lang mga sundalo nila labas pasok sa ating teritoryo (Their soldiers can freely enter the country) while a senator of this republic is barred from entering their territory due to their intentions of tinkering with our domestic affairs,” he added.

The Visiting Forces Agreement came into force in 1999 and covers the conduct of American soldiers in the Philippines.

It is among military agreements between the Philippines and the US, which also include the Enhanced Defense Cooperation Agreement, which allows greater rotational presence of US troops in the country; and the Mutual Defense Treaty which requires one to defend the other in case of an attack on its territory.

This is not the first time the President threatened to repeal the VFA. In December 2016, Duterte told the US to prepare for repeal of an agreement on deployment of troops and equipment for exercises, declaring “bye-bye America”, and we don’t need your money.

At that time, Duterte was upset and vented his anger on Washington because of a decision by the Millennium Challenge Corp (MCC) board to defer vote on the re-selection of Manila for compact development due to human rights issues.

“We do not need the money. China said they will provide so many,” he said. “The politics here in Southeast Asia is changing.”

Duterte has also said the scheduled military exercises between the Philippines and the United States in October 2016 will be the last one.

Dela Rosa on Wednesday said the US revoked his 10-year multiple entry visa to the US but noted that Washington gave no explanation as to when and why his visa was cancelled.

He, however, said the cancellation might be linked to his supposed involvement in the extrajudicial killings (EJK) allegedly perpetuated by police under Duterte’s intensified campaign against narcotics.

Duterte and Dela Rosa have long worked together, with the latter the President’s chief of police in Davao City where he was long-time mayor.

Duterte has also rejected a US invitation for him to attend a summit between American officials and Southeast Asian leaders in Las Vegas in March.

His spokesman Salvador Panelo said the President had reservations, including whether or not the US would grant him a visa.