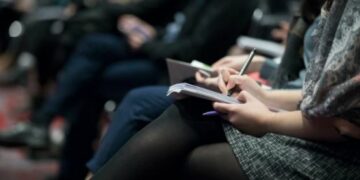 by Editor
in Around The World, Media, World
Reading Time: 3 mins read
5 1 London, June 23 (Reuters) – The coronavirus pandemic stoked hunger for trusted news in a time of global crisis and a clear majority of people want media organisations to be impartial and objective, The Reuters Institute for the Study of Journalism said on Wednesday.

Trust in news grew during the pandemic, especially in Western Europe, helping brands with a reputation for reliable reporting, though mistrust was particularly apparent in the polarised media of the United States.

A clear majority of people across countries believed news outlets should reflect a range of views and try to be neutral, the institute said in its annual Digital News Report.

“We’ve been through a very dark time and much of the public recognise that news organisations have often been the ones shining light in that darkness,” said Rasmus Nielsen, director of the Reuters Institute.

“There has been a greater appreciation of trustworthy news overall,” he told Reuters. “It’s very clear in our research, in country after country, in age group after age group, that large majorities want journalism to try to be neutral.”

The report is based on surveys covering 46 markets and more than half the world’s population.

The accelerating technological revolution means 73% of people now access news via a smartphone, up from 69% in 2020, while many use social media networks or messaging apps to consume or discuss news. TikTok now reaches 24% of under 35s, with higher penetration rates in Asia and Latin America.

Facebook is seen as the main artery for spreading false information, though messaging apps such as WhatsApp also play a role.

But the tech giants also served as an avenue for dissent, The Reuters Institute said, citing protests in Peru, Indonesia, Thailand, Myanmar and the United States.

More people distrusted the news than trusted it in the United States, where Donald Trump’s defeat in the 2020 U.S. presidential election reduced demand for news.

Broadly, those who felt the media has been unfair were those with a right-leaning political outlook. Young people aged 18-24, Black and Hispanic Americans, East Germans and certain British socio-economic classes felt they were covered unfairly.

But the overall message was that most people want fair and balanced news, and despite deepening problems for the business model of print news, many will pay for it.

“While impartial or objective journalism is increasingly questioned by some, overall people strongly support the ideal of impartial news,” Craig T. Robertson, a postdoctoral research fellow at the Institute, wrote in the report.

“People want the right to decide for themselves.”