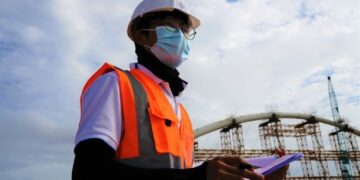 Passage of Port City Bill, amended or otherwise, is essential for Lanka

Passage of Port City Bill, amended or otherwise, is essential for Lanka Colombo, April 19:  A five-Judge Supreme Court Bench will take up the petitions filed against the Port City Commission Bill today (April 19) and the verdict is likely to end the controversy over the Bill and open the path for the Government to take required steps to modify the Bill if the Supreme Court rules that any of its clauses contravenes the Constitution.

The Court will also decide if the Bill could be passed by a simple majority or a two-thirds majority in Parliament or further approval at a national referendum and/or approval by Provincial Councils is required.

The early passage of the Colombo Port City Commission Bill governing a reclaimed extension to the capital’s central business district is vital for the economy as it would pave the way to sell 20 plots of land bringing about 5 billion US dollars of investment to Sri Lanka.

Three opposition parties, the Samagi Jana Balawegaya (SJB), the (JVP) and the UNP, a foreign funded NGO and some labour organizations have challenged the constitutional validity of the proposed legislation.

SJB MP Dr. Harsha de Silva said that while his party wants the Port City project to succeed, for its potential to catalyze fin-tech and high-end knowledge services-driven growth in the country, a solid legal framework is essential. He pointed out that for this long-term project to succeed it must be consistent with the Constitution of Sri Lanka.

The Sri Lanka Podujana Peramuna (SLPP) Government took effective steps to expedite the Port City project, which would attract US$ 15 billion in investments, and emerge a leading business, retail, residential and tourist destination in South Asia. A joint venture with the State and China Harbour Engineering Company has readied 100 hectares of land ready for construction. In the next five year strategic plan, 20 plots in a total of 60 hectares of land adjacent to Colombo’s central business district have been identified for pilot projects.

The Colombo Port City Economic Commission Bill envisages giving extensive powers to approve investments without going to the Board of Investment, give tax breaks and regulate businesses in the most far-reaching ‘one-stop-shop’ designed so far. It is expected to address several problems in Sri Lanka’s ease of doing business indicators that had kept back foreign direct investments.

A spokesman for CHEC Port City Colombo (the joint venture) said that 40 out of 74 buildable plots of land are allocated for commercial development which will bring investments and business activities while 34 plots are for residential use. Out of 269 hectares reclaimed, China Harbour will get 113 hectares; 91 ha will be common areas vested in the Government and the balance 60 odd hectares are land the Government can sell and earn revenue from.

In designing the Port City plan, significant emphasis was given to creating a vibrant business hub, because of its extension to the existing central business district of Colombo.

It is no secret that Sri Lanka’s current economic growth would not be sufficient to drive demand. Therefore, businesses had to be attracted to Phase One to drive activity. Sri Lanka is primarily seeking foreign investments through dollar inflows, but domestic businesses would also be allowed to buy land to gain a foothold within the Port City.

The Port City will also be protected from the liquidity injections and policy errors of the Monetary Board of Sri Lanka that lead to frequent currency crises and exchange controls by being ‘dollarized’ with multiple currencies. The law envisages an offshore financial center as well as other business activities.

However, all these plans can commence only after the legal aspects are cleared in accordance with the Supreme Court decision on the petition. Then the Port City Bill, as it is or with amendments, if any, could be proceeded with.

Sri Lankan leaders will get another important opportunity to discuss investment possibilities from China during the forthcoming visit of China’s Defense Minister General Wei Fenghe later this month. Although the talks would focus on defense cooperation, the visit of the Minister will provide a forum for bilateral discussions on trade, investment and other areas of cooperation as this would be the highest level visits undertaken by a Chinese Government official since the Gotabaya Rajapaksa Government was sworn in power in November 2019.

Top level exchanges between China and Sri Lanka will take place in the near future as President Rajapaksa is likely to pay his long-awaited visit to China. Earlier this month, President Rajapaksa, during a telephone conversation with Chinese President Xi Jinping, confirmed that he would undertake a formal visit as soon as travel restrictions ease due to the COVID-19 pandemic.

These high-level visits would be of immense value for attracting investments to the Colombo Port City Special Economic Zone (SEZ), which is expected to create a conducive and competitive environment in attracting FDIs.

Urban Development via SEZs is not unique to Sri Lanka and there are many successful SEZs in the world. SEZ’s have been a useful tool for developing nations to upgrade infrastructure, human capital and institutional frameworks and test out policies and their impact before they are selectively implemented outside the SEZ in the rest of the country.

Taking lessons from successful SEZs, Sri Lanka too decided to offer relief from various forms of taxation on businesses and individuals who qualify. The Port City SEZ offers superior infrastructure; has streamlined administrative processes that would result in ease of doing business.