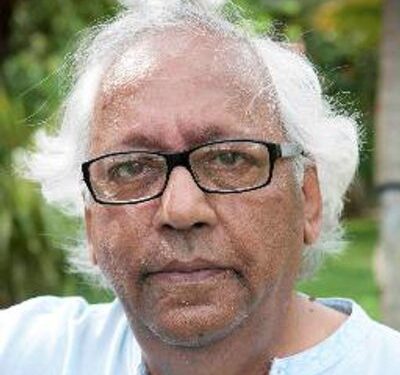 WHEN faced with a problem you can’t solve, what do you do? Why, declare a national holiday and hope people are satisfied.

That’s what the PPP government did in the 1990s, and since then, we demonstrate our support for the Kashmir cause by staying home on Feb 5, taking it easy. Of course, this is scarce solace to the oppressed people of the Valley, but for the government and then Punjab chief minister Nawaz Sharif, who heartily endorsed the idea, the holiday was an easy way of signalling commitment. Never mind that it cost the economy billions.

Now, with the dispatch of 22 members of the National Assembly to capitals around the world to “brief leaders about Indian atrocities in Kashmir”, Nawaz Sharif has chosen another low-cost response to the escalation of violence in the held Valley. OK, by the time we add up the expense of sending these worthies to distant lands, the amount involved will be substantial. But it’s not the Sharif family that will be picking up the tab.

When I read about this latest measure to support the Kashmir cause, I was reminded of the time when I was information minister in our embassy in Washington in 1990, and a senior adviser to then prime minister Benazir Bhutto was scheduled to visit the capital. The purpose of his visit was — wait for it — “to brief US leaders and the media about Indian atrocities in Kashmir”.

I was asked to organise a breakfast meeting for the adviser with American media persons, and had a hard time persuading them to come. The common refrain I got was: “Irfan, what’s your adviser going to say about Kashmir that’s new?” After much pleading, I managed to collect a dozen reporters and op-ed writers around a hotel table, but of course, the adviser had nothing new to say.

So when MNA Awais Leghari met Choi Kyong-lim, head of the UN Human Rights Council in Geneva recently, I wonder if the latter learnt anything he didn’t already know. Actually, other than a jolly jaunt paid for by the exchequer, I don’t see the point of the whole exercise. But as long as the government is seen to be doing something, there doesn’t really have to be a point.

As moral human beings, we deplore the violence being committed by Indian forces in IHK: over 70 unarmed civilians have been killed, thousands wounded, and scores blinded with shotgun pellets in the recent surge in brutality. Ever since Burhan Wani, the charismatic Robin Hood of the Kashmiri resistance, was killed in July, there has been a sharp spike in Indian repression.

But as pragmatic, rational people, we should also recognise that there is little Pakistan can do to change the status quo. The Shimla Agreement of 1972 specifically calls on both countries to “settle their differences by peaceful means through bilateral negotiations”’. So Indians argue that Pakistan has contravened the agreement by seeking to internationalise the dispute.

Albert Einstein famously defined insanity as doing something over and over again and expecting a different result. So, too, has Pakistan battered in vain on the wall of Indian obduracy, and hammered time and again at the doors of the international community. We have tried war, diplomacy and jihadi proxies. Nothing has worked.

The reality — if we are ready to accept and absorb it — is that the world is sick and tired of the never-ending Pak-India squabbling over Kashmir. While we may deplore the injustice of the situation, and shed tears over the plight of the Kashmiris, nobody else is paying much attention. This is why Indian forces can literally get away with murder.

The hard truth is that states do not hand over real estate they control willingly. No matter what the rights and wrongs of the matter, countries cling on to land in a vice-like grip. Look at Israel: apart from expanding its UN-mandated territory in the immediate aftermath of its birth in 1948, it continues to hang on to large swathes of Palestinian land in the West Bank nearly 50 years after grabbing it in 1967. Despite several UN resolutions and considerable international pressure, Israel is still the occupying power.

What we learn from history is that ultimately, might makes right. If you want to get your way in this world, you have to be strong. But Pakistan has grown weaker over the years vis-à-vis India, not just in terms of military and economic strength, but in terms of its standing in the world.

The reason China now speaks to the United States as an equal is because it has boosted its economy through hard work and modernised its armed forces. And while it remains a developing country in many respects, it has made huge strides and its voice is respected across the world.

And Pakistan? We support Kashmiris by enjoying a holiday on Feb 5, and send teams on junkets abroad.