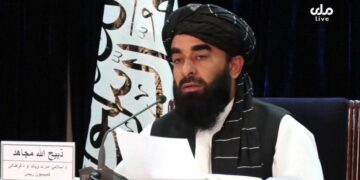 A dispute over Afghanistan’s representation at the September 25 SAARC Foreign Ministers meeting on the sidelines of the 76 th. Session of the UN General Assembly in New York has ended in the cancellation of the meeting.

According to media reports emanating from New Delhi, Pakistan had insisted that the Taliban, which has been holding de-facto power in Afghanistan since August 15, must be the representative of that country. But India, Nepal, Bhutan and other countries strongly objected to the Pakistani stand. The lack of consensus on this issue led to the Nepalese government asking the SAARC Secretariat in Kathmandu to cancel the summit. Nepal is currently the chair of SAARC.

“The Ministry of Foreign Affairs of the Government of Nepal presents its compliments to the Secretariat of the South Asian Association for the Regional Cooperation (SAARC) in Kathmandu, and with reference to the ministry’s note verbale dated September 14, 2021, has the honor to inform that due to the lack of concurrence from all member States as of today, the informal meeting of the SAARC Council of Ministers’ proposed to be held in person on September 25 on the sidelines of the 76th session of the UN General Assembly in New York will not take place,” the Nepalese ministry told the SAARC Secretariat in Kathmandu.

Following that the meeting was cancelled.

SAARC (South Asian Association for Regional Cooperation) works on the basis of consensus.

Though the correspondence does not explicitly say how a concurrence could not be achieved among the member states, two government officials confirmed to the Kathmandu Post that the meeting was cancelled after at least one member State raised the issue regarding participation, or a lack of it, from Afghanistan

Established in 1985, SAARC is in a moribund state. It has not been able to hold its 19th summit since it was called off in November 2016 following India’s refusal to participate. As per the SAARC charter, if any of the member states refuses to participate, the summit cannot be held.

Nepal became SAARC chair after it hosted the 18th summit in Kathmandu. Last year, the SAARC meeting of Foreign Ministers in New York was held virtually due to the Covid-19 pandemic. Nepal, as SAARC chair, wanted to conduct an in-person meeting so as to make a push for moving the SAARC process forward. As per the tradition, it has to send formal invitations to all member States.

No SAARC member country has officially recognized the Taliban regime in Kabul and this includes Pakistan. But Pakistan has been actively promoting the idea of recognizing the Taliban regime and aiding Afghanistan overcome its economic problems which are acute.

The issue of having an inclusive government with all ethnicities and women being represented in the Council of Ministers is standing in the way of international recognition though Pakistan, China and Russia have an unofficial presence in Kabul.

Out of 33 members of the Taliban’s Council of Ministers, 30 are Pashtuns and there is not a single woman. Pakistan’s stand is that the Taliban should not be barred and boycotted but encouraged to change course on this issue. But India and some other countries disagree.