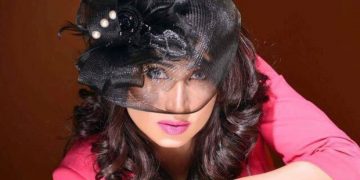 LAHORE: Police probing the murder of Pakistani social media celebrity Qandeel Baloch have made the State plaintiff in the case, making it impossible for her family from pardoning the killers, including her brother who has confessed to have strangulated her for ‘honour, Press Trust of India reports.

According to Capital Police Officer (CPO) Azhar Akram, Section 311 have been added to the FIR, meaning ‘qisas’ or pardoning cannot take place.

With the state becoming the plaintiff, Qandeel’s father would not be able to forgive his son Muhammad Waseem and other suspects for his daughter’s murder if at any point he decided to do so, the CPO was quoted as saying by the Express Tribune yesterday.

Akram also said police were investigating all others who were in contact with the model before she was murdered, including her parents.

The 26-year-old actor-cum-model was killed in central district of Multan on July 15 allegedly by Waseem, who has confessed to have administered a sedative to her before strangulating her to death for the “honour of the family”.

Waseem said he killed his sister due to her social media activities, which included a series of risque video posts with prominent cleric Mufti Qavi.

A report in The Dawn said two sections – Sections 311 and 305 of the Pakistan Penal Code – had been added to the FIR, a move which Advocate Balak Shair Khosa said was a welcome step.

“There cannot be an agreement (after this). Now that they have added these sections to the FIR, the victim’s family cannot forgive the killers as the state has become a complainant. It will be taken as a murder against the state,” Khosa was quoted as saying in the report.

Earlier, Qandeel’s father, Muhammad Azeem, had lodged the FIR and named his two sons for killing her in Multan where she had come from Karachi to live with her parents on the occasion of Eid.

The latest development comes after Qandeel’s mother claimed Mufti Qavi, who was suspended from top religious body Ruet-e-Hilal Committee in the controversy following Qandeel’s video posts with him, had “provoked” her son into murdering her daughter.

Police has announced the cleric would be included in the murder investigation of Qandeel besides her another brother, Aslam Shaheen.

The ‘honour-killing’ has sent shockwaves across the country and triggered an outpouring of grief on social media for Qandeel.