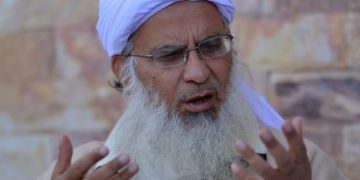 Islamabad, March 5 (Express Tribune): The Supreme Court (SC) refused on Monday to entertain a petition filed by the Lal Masjid cleric calling for the imposition of Sharia Law in the country.

During the in-chamber hearing, Justice Nisar heard the appeal against registrar office’s objections. He concluded by rejecting Aziz’s petition, thereby sustaining the objections raised by the SC office.

In December 2015, Aziz had approached the top court by filing a constitutional petition under Article 184(3) through his counsel Tariq Asad.

Through his petition, the cleric contended that the only solution to eliminate all evils and challenges in the realms of national security, societal cohesion, national economy, war of terrorism and political instability is to enforce Sharia law.

The petition stated that Pakistan was founded on ideological basis rather than territorial grounds. “Islamic and moral values enshrined in the Objective Resolution represent the aspiration of the nation and offer moral and historical intutions for understanding the constitution,” the applicant said.

Aziz further alleged that the country was being “Indianized and westernized” through electronic media. “The younger generation has been inspired into adopting modeling and acting, singing and dancing as careers,” he stated. He complained that “rights of women were being publicized as if men were usurping the rights in a male-dominated society.”

“All these evils are developing due to the negligence of the federal government and its institutions defying the provisions of the Constitution,” the petitioner concluded.