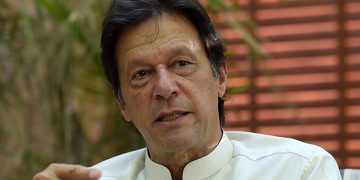 Pakistan gets US$ 6.2 billion financial support package from UAE

Pakistan gets US$ 6.2 billion financial support package from UAE The package involves $3.2 billion worth of oil supplies on deferred payment, besides a $3 billion cash deposit. It is expected to be announced by Crown Prince Sheikh Mohammed bin Zayed Al Nahyan during his visit to the country starting Sunday, Dawn reported.

According to a government official, the package was finalized Thursday evening and was similar to that given by Saudi Arabia.

With this, Pakistan would get a total saving of about $7.9 billion on oil and gas imports from the two countries, accounting for more than 60% of its annual oil import bill of about $12-13 billion, he said.

This included about $3.2 billion each of oil supplies on deferred payments from the UAE and Saudi Arabia and about $1.5 billion trade finance from the International Islamic Trade Finance Corporation (ITFC).

The total financing support from the UAE and Saudi Arabia, including the ITFC’s trade finance, would be around $14 billion when cash deposits of $3 billion each from the two countries were also included, the official said.

This is in addition to a deep-conversion oil refinery to be set up by Parco – a joint venture of Pakistan and Abu Dhabi – worth $5-6 billion and an expected petro-chemical complex by Saudi Arabia.

The government also started backchannel discussions with Qatar for some relief in terms of reduction in LNG prices or a relaxed payment schedule, but that was at an early stage, the daily said.

Pakistan has already received $2 billion in cash deposit from Saudi Arabia at an interest rate of 3.18 per cent while the third tranche of $1 billion was due in the first week of February. The Saudi oil facility would also start rolling out this month with an average $274 million per month.

The daily said that with support from Qatar, Pakistan was expecting about $9 billion cushion in total oil and gas import bill.