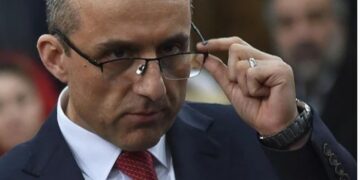 “Pakistan took necessary measures within its territory to safeguard its own troops and population,” the Pakistan Foreign Ministry said.

“We acknowledge Afghan Government’s right to undertake actions on its sovereign territory. However, as alleged by the Afghan Vice President, Pakistan Air Force never communicated anything to the Afghan Air Force. Such statements undermine Pakistan’s sincere efforts to play its part in an Afghan owned and Afghan led solution,” it added.

The Pakistan Foreign Ministry went on to say that lately, Pakistan had rescued 40 ANDSF all ranks who fled to Pakistan and returned them to GIORA with respect and dignity, with a declared offer to ANDSF to provide all logistical support as requested. We remain committed to peace in Afghanistan and shall continue to endevour towards this end irrespective of the detractors.

”It is, however, important that at this critical juncture, all energies are focused on achieving an inclusive, broad-based and comprehensive political settlement in Afghanistan,” Pakistan said.

Afghan Vice President Amrullah Saleh on Thursday accused the Pakistan Air Force of warning Afghan security forces that it would retaliate against any move to dislodge Taliban fighters in the strategic border region of Spin Boldak, it was reported.

Saleh, a former spy chief who has survived more than one assassination attempt by the Taliban and is a trenchant critic of Pakistan, made the accusation in a tweet late on Thursday.

“Breaking: Pakistan air force has issued official warning to the Afghan Army and Air Force that any move to dislodge the Taliban from Spin Boldak area will be faced and repelled by the Pakistan Air Force. Pak air force is now providing close air support to Taliban in certain areas,” Saleh tweeted.

As doubts were expressed on social media about the accusation, Saleh doubled down on his contention. He said in another tweet that he was “ready to share evidence” about the warning from the Pakistani military to the Afghan side. He added that Afghan aircraft “as far as 10 kilometers frm Spin Boldak R warned 2 back off or face air to air missiles”.

The Pakistan Foreign Ministry has denied that it said anything of this sort.

More than anything, the allegation reflected the deep-seated lack of trust between the Afghan government led by President Ashraf Ghani and the Pakistan government and security establishment.

Taliban fighters captured a crucial crossing on the Pakistan border in Spin Boldak region on Wednesday. The crossing, which connects to Chaman in Balochistan province on the Pakistani side, is a key source of revenue for the Afghan government and a crucial post for cross-border travel and trade.

Afghan security forces said on Thursday that they had retaken the border crossing but this was denied by the Taliban.

As part of a strategy to capture territory across Afghanistan amid the rapid drawdown of US troops, the Taliban has captured border crossings with Iran, Uzbekistan and Tajikistan in recent weeks.