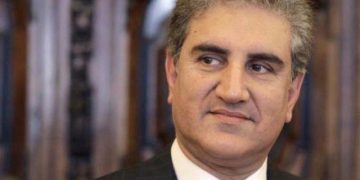 Islamabad, February 19 (Dawn): Pakistani Foreign Minister Shah Mehmood Qureshi on Monday said he had written a letter to the United Nations Secretary General, requesting him to play his role for the “de-escalation” of current tensions which were caused by Indian government’s rhetoric against Pakistan in the wake of the Pulwama attack.

Speaking during a talk show on ARY News, Qureshi said he had in his letter raised concerns over the “negative tactics” used by Prime Minister Narendra Modi’s government ahead of the elections in India.

He said he had cautioned the secretary-general about India’s efforts to flare up tensions in the region and their possible consequences.

Weeks before the attack in Indian occupied Kashmir, Qureshi said, the Pakistan Foreign Office had informed the envoys of P5 countries that Islamabad feared that India would create a “Pakistan-bashing atmosphere” ahead of its elections and could “resort to some misadventure” in order to galvanise the extremist Hindu vote.

He said Pakistan’s response in the face of Indian rhetoric had been “measured, mature and full of restraint”.

The minister asked India to present “actionable evidence” of involvement of Pakistan-based groups in the Pulwama attack, if it had any, and assured that Pakistan would honestly investigate the same.

Over 40 Indian paramilitary troops were killed in the attack, which has been claimed by the Jaish-e-Mohammad, a proscribed organisation. India has alleged that those who planned the attacks had links with the Pakistani state — a charge that Pakistan has vigorously denied. Shortly after the attack, Pakistan’s FO had condemned the attack, saying that it was “a matter of grave concern”.