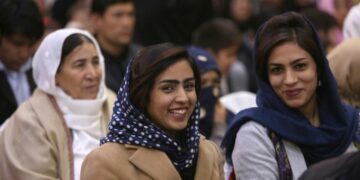 Colombo, August 23 (newsin.asia): The Pakistan High Commissioner in Sri Lanka, Maj.Gen (R)  Muhammad Saad Khattak, told Sri Lanka’s new Foreign Minister G.L.Peiris last Friday that the Taliban has assured the safety of foreign nationals in Afghanistan and has also made a pledge that the rights of women and children would be protected.

The High Commissioner also said Pakistan hopes that Afghanistan would soon establish a peaceful government structure and integrate with the rest of the world.

Foreign Minister Peiris informed High Commissioner Khattak that Sri Lanka is closely monitoring the developments in Afghanistan and making arrangements in coordination with other friendly nations and international organizations to evacuate Sri Lankans from that country.

Minister Peiris also sought assistance from the Government of Pakistan to evacuate Sri Lankan nationals from Afghanistan, to which the High Commissioner Khattak responded by assuring that the fullest support would be extended by his government in that regard.

The Lankan Foreign Minister  and the Pakistan High Commissioner  discussed further scope for enhancing trade and investment opportunities between both countries under the bilateral Free Trade Agreement as well as through joint initiatives aimed at promotion of investments.

Foreign Minister Peiris appreciated the training opportunities provided by the Pakistan government for the Sri Lanka defense forces and scholarships for Sri Lankan students for their higher studies, and stressed that those opportunities and cooperation in defense matters should be further increased in the coming years.

They also explored a wide range of areas of mutual interest in which the existing longstanding ties between the two countries could be diversified into new projects advancing joint collaboration.