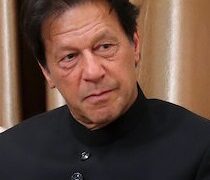 Islamabad, August 28 (The News International) – Prime Minister Imran Khan Friday said the Roshan Apna Ghar initiative is a game-changer, which can bring a lot of money to Pakistan because Pakistan is in dire need of dollars.

The prime minister said that as long as there is only one way to fill the gap between exports and imports, overseas Pakistanis, who are the biggest asset of Pakistan, should invest in projects like the Roshan Digital Account and Roshan Apna Ghar. He was addressing the Roshan Apna Ghar ceremony here.

Imran Khan especially paid tributes to the SBP Governor Reza Baqir. He said that if the scheme goes ahead, the current account deficit can be eliminated soon. “Unfortunately, we did not use the overseas Pakistanis like other assets of Pakistan, and they have to send remittances to their families anyway,” he said.

He pointed out that there were record remittances in this government, but this is just a drop. In fact, he said, according to an estimate, nine million Pakistanis have money abroad equal to the GDP of Pakistan. “We tried our best to find out how to bring it,” he said.

The prime minister said the government had thought that there would be investment, technical skills and talented Pakistanis had to be brought back to the country, but unfortunately environment could not be provided for them to come back and work here, but the government is trying to improve.

He emphasized, “The biggest obstacle to investment is corruption and those who are accustomed to working outside in a corruption-free environment cannot work in a corrupt environment, so we are trying to make it easier.”

He explained that the people, who go abroad to work, always try to build a house in Pakistan, for which they have big problems and the biggest problem is the occupation groups sitting here. He said that many people told him that they worked hard and got a plot and after a few years they found out that it was occupied and then they went round the courts and finally settled the matter with them at low prices and many times they faced cases even after their plot was occupied.

However, he said that Roshan Apna Ghar is a project that overseas Pakistanis will know that the bank is guaranteeing the plot they were buying is clear. “We are now on the path of investing the huge assets of Pakistan which are abroad for investment, starting from houses and as our system recovers, they will also invest in other sectors. After that, what we are seeing is Pakistan rising, and then improvement will be sustainable, otherwise we have to go to the IMF every time there is an increase in imports,” said the prime minister.

He added, “If our plan is successful, Pakistan will move towards sustainable growth and at the same time we will facilitate our Pakistanis abroad and they should not be afraid that their property will be seized.”