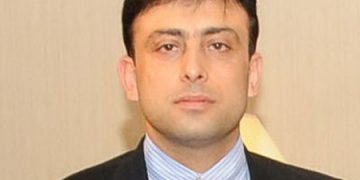 Until Ehtisham took over as Press Attache of the Pakistan High Commission six years ago, Pakistan’s relations with the island nation was primarily military in nature with Pakistan being one of the main suppliers of arms to the Sri Lankan military then fighting the Tamil Tiger terrorists. At one stage, some efforts were made to add an economic dimension, trade and investment, to the ties. But cultural exchanges and promotion of common cultural interests were nowhere in the picture till after the end of Eelam War IV in 2009.

The restoration of peace helped the then High Commissioner, Seema Baloch, to re-discover and bring into the public domain, Pakistan’s ancient links with Buddhism, the religion of the majority in Sri Lanka. Baloch left the execution of the ambitious new project in the able hands of Daud Ehrisham, who while being Press Attache, also functioned as the principal cultural oficionado in the Pakistan High Commission.

His passion for culture and the arts stood him in good stead in projecting Pakistan as a culturally diverse and tolerant country in the face of portrayals to the contrary in the media.

An ardent collector of Buddhist art and artifacts, Ehtisham organized exhibitions and visits of scholars and monks to Buddhist sites in Taxila (ancient Gandhara) and helped bring the relics of the Buddha from Gandhara for a month long exposition in Sri Lanka which attracted more than nine million devotees. In 2011 he brought down Pakistan’s  Director of Archeology Dr.Fazal Dad Kakar for a visit to Sri Lanka.

His press releases highlighted Pakistan’s Buddhist past, even noting that in the 2nd century B.C., Buddhism was the state religion and that Buddhism flourished and prevailed there for over 1000 years from 2nd century B.C to 10 th century A.D.

During this period Taxila, Swat, Peshawar and Charsaddah (old Pushkalavati) became important centers for culture, trade and learning. Hundreds of monasteries and stupas were built. It was from these centers that the unique Gandhara scuptures emanated. The Peshawar Museum  has the World’s largest collection (4247 pieces) of these monuments. The Lahore Museum proudly houses the statue of ‘Fasting Siddharta’ – considered the zenith of Gandhara Art.