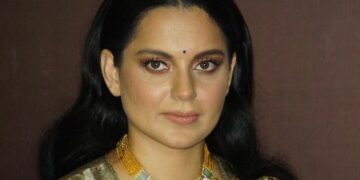 Bengaluru, May 4: Hours after micro-blogging site Twitter permanently suspended Bollywood actress Kangana Ranaut’s account citing repeated violations of the platform’s rules, home-grown rival Koo’s co-founder and CEO Aprameya Radhakrishna in a message told the actress that she is right in saying that Koo is like her own home while everything else is rented. Radhakrishna was referring to Ranaut’s first post on Koo in February this year.

Another co-founder of Koo Mayank Bidwatka said in a statement on the platform that the controversial Bollywood star can raise her opinions on the home-grown site. “Kangana Jee, this is your home, You can voice your opinions to everyone here with pride,” Bidawatka wrote on Koo.

Kangana had joined Koo in February after the Indian government warned Twitter to remove several hashtags, content and handles from the site which could incite violence or endanger national security. Twitter had in response partly complied with the Indian government’s directions, stating that it also stands by the freedom of speech and expression of its users.

Union Electronics and Information Technology Minister Ravi Shankar Prasad on Tuesday praised Koo for the launch of its new feature “Talk to Type” under in different languages. “Really appreciate the efforts of Indian micro-blogging platform Koo for introducing an interesting and innovative ‘Talk to Type’ feature that will allow the users to “Voice their opinion using their voice”, Prasad said in a statement.

Earlier, Twitter in a statement said, “We’ve been clear that we will take strong enforcement action on behavior that has the potential to lead to offline harm. The referenced account has been permanently suspended for repeated violations of Twitter Rules. specifically our Hateful Conduct policy and Abusive Behaviour policy. We enforce the Twitter Rules judiciously and impartially for everyone on our service.”

Ranaut’s tweet comparing medical oxygen paucity with the lack of environmental concern over the past few days when India is battling the deadly coronavirus wave had invited ire. However, it was her controversial tweet on the West Bengal elections, which the BJP lost, that led to her permanent suspension from Twitter.

India’s top ministers and BJP leaders have been vocal about the homegrown platform Koo, which is almost a Twitter lookalike but aims to broaden its reach to tier 2, 3 towns and beyond through vernacular languages.