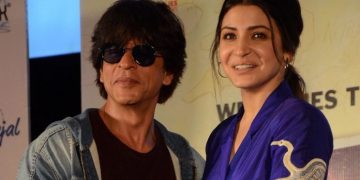 Netflix announces five Indian originals, two of them to be produced by Shah Rukh Khan and Anushka Sharma

Netflix announces five Indian originals, two of them to be produced by Shah Rukh Khan and Anushka Sharma July 17 (Eastern Eye) – Netflix is one of the biggest OTT platforms and has many series being streamed on it. Recently, Netflix announced five Indian originals and two of them will be produced by Shah Rukh Khan and Anushka Sharma.

Apart from being actors, SRK and Anushka are also successful producers. Shah Rukh Khan’s Red Chillies Entertainment is already producing  Bard Of Blood  for Netflix which stars Emraan Hashmi and  Class of 83  starring Bobby Deol. And now, he is all set to produce a horror-zombie titled  Betaal  which is based in a remote village, visited by two-century-old Betaal, a British Indian Army officer, and his battalion of zombie. The storyline of the show read, “With Indian police pitted against the undead army, hapless villagers are trapped in a horrific, edge-of-your-seat conflict.”

Anushka Sharma under her production Clean Slate Films already has  Bulbul  which will be streamed on Netflix and now, she and her brother Karnesh Sharma will serve as executive producers on Mai. While talking about the collaboration, Anushka said, “This is my second collaboration with Netflix after Bulbul and we are again looking to disrupt the kind of content audiences are consuming. We at Clean Slate Films have been dedicated to making clutter-breaking, powerful stories since our first production and we are looking forward to push the content envelope.”

“The creative freedom to be able to translate these stories to screens that reach a global audience is exciting for us, which is why Netflix is such an important partner,” the actress added.

Mai is written by Atul Mongia, Tamal Sen, and Amita Vyas. Sudip Sharma will be the creative producer on the project. The story of the series will revolve around 47-year-old wife-and-mother, Sheel, who finds herself accidentally sucked into a rabbit hole of violence and power, following a personal tragedy.

Apart from Betaal and Mai, there are shows like Masaba Masaba, Bombay Begums and Messythat were announced by Netflix. Bela Bajaria, VP, International Originals, Netflix, said, “India is home to some of the world’s greatest stories. It’s been thrilling to watch these amazing storytellers embrace the artistic freedom possible at Netflix to create entertaining stories. Audiences everywhere will love these five inventive series set in stories of horror, drama, and comedy.”