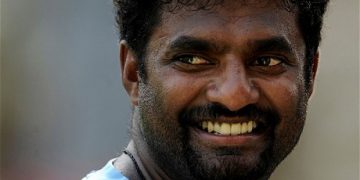 Murali to be inducted to ICC Hall of Fame

Murali to be inducted to ICC Hall of Fame July 27 – The International Cricket Council, on Wednesday, announced that Muttiah Muralidaran, Karen Rolton, Arthur Morris and George Lohmann will be inducted into the ICC Cricket Hall of Fame later this year. Thereby, Muralitharan becomes the first Sri Lankan to be inducted to the ICC Hall of Fame.

The four iconic cricketers were voted by the ICC Cricket Hall of Famers as well as members of the media. They will be presented with commemorative caps honouring their contribution to the game to mark their induction. Family members will represent Lohmann and Morris at the presentations.

ICC Chief Executive David Richardson congratulated the four, saying: “The ICC Cricket Hall of Fame recognises some of the truly great players from cricket’s long and illustrious history, and this year’s inductees thoroughly deserve to be in this highly prestigious group.

“Muralidaran has been one of the greats of the modern era. His guile and consistency over the years helped Sri Lanka develop as a very competitive side in both Tests and ODI cricket.

“We have in the list some very famous names of different eras. Lohmann and Morris were outstanding performers during their times and are part of cricket folk-lore, while Rolton’s performances have been recent and came during an era when women’s cricket became very competitive.”

Muralidaran, whose last international fixture was the final of the ICC Cricket World Cup 2011 in Mumbai finished his career with 800 wickets in Tests, 534 wicket in One-Day Internationals and 13 wickets in 12 T20Is. He grabbed 10 wickets in a match 22 times and five wickets in an innings 67 times to make Sri Lanka a force to reckon with in Test cricket.

Known to spin the ball prodigiously, Muralidaran also played a big part in Sri Lanka’s ODI successes from 1993 to 2011 and was a member of the squads that won the ICC Cricket World Cup 1996 and shared the ICC Champions Trophy 2002 with India.

Lohmann, an exponent of swing bowling in the late 19th century and rated by his contemporaries as the most difficult opponent, will be the 27th Englishman in the ICC Cricket Hall of Fame list. He raced to 100 Test wickets in 16 matches but tuberculosis shortened his career and he died at the age of 36 in 1901.