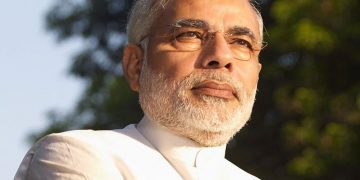 New Delhi, September 24 (IANS): In his strongest attack yet on Pakistan, Prime Minister Narendra Modi on Saturday said the sacrifices of 18 soldiers killed in the Uri terror attack will not go in vain and India will totally isolate Pakistan in the international arena for “exporting terror”.

Addressing a public meeting here as part of the BJP national council meeting, Modi said a time will come when the people of Pakistan will rise against their own rulers on the issue of terrorism.

Hitting hard at Pakistan over the September 18 Uri terror attack, Modi said there was a sense of anger among people of the country over the audacious attack and the deaths of soldiers.

Referring to remarks of former Pakistani leaders of fighting a 1,000 year war with India, Modi said: “There is a government in Delhi today which is ready to accept the challenge.”

“I want to tell the people of Pakistan – India is ready to fight you,” Modi said, adding that both countries should fight against poverty, unemployment and illiteracy — “let’s see who wins”.

In a dig at Pakistan Prime Minister Nawaz Sharif for his address at the United Nations General Assembly, Modi said: “Today’s rulers were reading a speech of patrons of terrorism and talking of Kashmir.” His reference was to the wide belief that Sharif’s UN speech was written by Rawalpindi, the Pakistan army headquarters.

“Rulers of Pakistan listen, the sacrifice of 18 soldiers will not go waste. India has been successful in isolating you. We will force you to be left alone in the world. That day is not far when people of Pakistan will take to streets to fight against the rulers and fight terrorism,” Modi said.

Modi spent a large part of his forceful speech on the issue of terrorism with specific reference to the Uri incident.

“India has never bowed before terrorism. Will not do so. We will defeat terrorism,” MOdi said.

In a direct attack on terrorists, Modi said they should heed his words that India will not forget the sacrifice of the soldiers killed in the Uri attack.

Modi also said the Army and security forces had foiled 17 recent attempts by terrorists to infiltrate.

Referring to Pakistan, he said: “Only one country is exporting terrorism in all directions.”

He said rulers of Pakistan were misguiding people in the name of Kashmir.

“People of Pakistan should ask their rulers that they are not able to control what is with them,” Modi said referring to erstwhile East Pakistan that is now Bangladesh.

“The people of Pakistan should ask their rulers… PoK (Pakistan Occupied Kashmir) is with you, you can’t even manage that. Earlier, East Pakistan, now Bangladesh, was with you, you could not manage that. You are unable to manage PoK, Sindh, Gilgit- Baltistan and Balochistan, and you are talking of Kashmir… They are misleading you on Kashmir,” he said.

Modi said he wanted to remind the people of Pakistan that before Partition in 1947, their forefathers also considered this land as their own.

“I want to speak to the people of Pakistan. I want to remind them that before 1947 your forefathers too used to consider this country as your motherland, worship it. Keeping that in mind I want to ask a few things.”

He said both countries became independent at the same time. “So how is it that India exports software, but you (Pakistan) export terrorists.”

He said that terrorism is affecting India’s neighbours, including Afghanistan and Bangladesh.

“In the world when reports of terrorism come, then this news also follows that the terrorists came from that (neighbouring) country, or like Osama bin Laden, have found a hideout there.”

He said Indian forces were giving befitting reply to all terror acts.