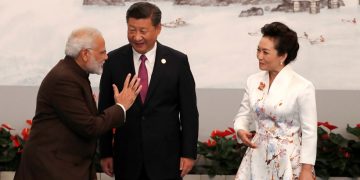 Modi says, India knows how to maintain friendship but it can also give a befitting reply to aggression

Modi says, India knows how to maintain friendship but it can also give a befitting reply to aggression New Delhi, June 28 (HT): Indian Prime Minister Narendra Modi said on Sunday India has shown the world its sense of fraternity during the coronavirus pandemic as well its strength and commitment to protecting its sovereignty and borders.

He was addressing the Indian people in his monthly radio talk: Mann Ki Baat.

“In Ladakh, a befitting reply has been given those coveting our territories. India knows how to maintain friendships but it can also look someone in the eye and retaliate and give an apt reply,” PM Modi said during the 66th episode of Mann Ki Baat.

“Our brave soldiers have shown that they will not let any harm be done to Mother India’s pride,” he added.

He was referring to the violent face-off between Indian and Chinese troops in eastern Ladakh’s Galwan Valley on June 15. Twenty Indian soldiers, including the commanding officer of Bihar Regiment, were killed that day.

The Prime Minister in his last Mann Ki Baat episode on May 31 cautioned that the battle against the coronavirus pandemic is a long one as he warned against complacency and reiterated the need for social distancing and wearing masks.

Modi had also said although every section of the society has been affected by the viral pandemic but the pain felt by the poor cannot be measured in words.