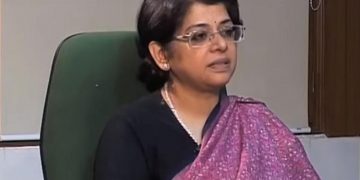 The first woman lawyer to be elevated directly to the SC, Malhotra will be sworn in Friday and will have a tenure of about three years.

The collegium had recommended both Joseph and Malhotra’s names on 10 January, and in choosing to appoint one and reject the other without going back to the collegium, the Centre has gone against legal opinion, something that’s bound to attract controversy.

However, it is not clear if Chief Justice of India Dipak Misra was taken into confidence by the government before it took the decision.

At least four judges of the Supreme Court, all members of the collegium, have in the recent past red-flagged the government’s intention to control the higher judiciary by sitting on collegium recommendations for long periods without assigning any reason.

As first reported by ThePrint, for possibly the first time since the collegium system was introduced, the Centre recently unilaterally amended the recommendation of the judicial appointments body to apply its own writ, considered a violation of settled law and procedure.

The case pertained to Punjab and Haryana High Court additional judge Ramendra Jain. While the collegium had recommended that he be made a permanent judge, the Centre gave him just a six-month extension.

According to settled law as well as the draft Memorandum of Procedure (MoP), the set of rules that guides appointments to the higher judiciary, judges of the Supreme Court and the high courts are appointed by the President on the recommendation of the collegium.

Since assuming office, the Modi government has been accused of several attempts to control judicial appointments and transfers: From getting Parliament to pass the National Judicial Appointments Commission Bill, which was later struck down by the apex court, to sitting on collegium recommendations without any explanation and stalling the transfers of several judges.

There have been several appeals, including by Supreme Court judges, to the Chief Justice of India (CJI) Misra to take action in this regard, but he is yet to respond.

On Tuesday, two senior SC judges, Ranjan Gogoi and Madan B. Lokur, also wrote to the CJI, asking him to summon a “full court” to discuss “institutional issues” and the “future” of the apex court.

In this light, Justice Jasti Chelameswar’s letter to the CJI and his brother judges was significant. In it, he had underlined that “for some time, our unhappy experience has been that the government’s accepting our recommendations is an exception and sitting on them is the norm”.

He had also observed that “inconvenient” but able judges or judges-to-be were “being bypassed through this route”, saying the issue was “now ripe for the consideration of the full court… if this institution really is to be any more relevant in the scheme of the Constitution”.

Days later, another member of the Supreme Court collegium, Justice Kurian Joseph, also wrote to the CJI, underlining that the “very life and existence” of the apex court was under threat.

By not implementing the collegium’s recommendations, Joseph wrote, the government is sending a “strong message” to “all judges down the line not to cause any displeasure to the executive lest they should suffer”. “Is this not a threat to the independence of the judiciary?” he added.

“… It is the first time in the history of this court where nothing is known as to what has happened to a recommendation after three months,” he said.

“The dignity, honour and respect of this institution is going down day by day since we are not able to take the recommendations for appointment to this court to their logical conclusion within the normally expected times,” he added.

Both judges were referring to, among other issues, the Modi government sitting on the collegium’s recommendation to elevate K.M. Joseph and Indu Malhotra to the apex court, and senior Karnataka judicial officer P.Krishna Bhat whose name was cleared twice by the Supreme Court collegium – as a high court judge.

A bench headed by Justice K.M. Joseph had set aside the imposition of President’s Rule in Uttarakhand by the Modi government.

However, so far, CJI Misra has not spoken on the issue.

Incidentally, in a move that has attracted some criticism, Vice-President and Rajya Sabha Chairman Venkaiah Naidu summarily rejected Monday a motion by 64 opposition MPs to impeach CJI Misra.