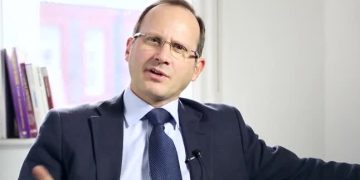 Mental health issues in the aftermath of COVID-19 pandemic

Mental health issues in the aftermath of COVID-19 pandemic London, May 24 (Xinhua): Callum Mitchell, a Londoner who works in the travel industry, has found that the coronavirus lockdown has allowed him to take a step back and work on self-improvement, but he is anxious about the future of the British economy and his particular industry.

Mitchell hasn’t been furloughed, but cannot see how the travel industry can continue in the same manner, and what opportunities there will be for him after it changes. It’s this level of uncertainty that he believes is affecting him mentally – and his friends.

Peter Kinderman, a professor of clinical psychology at the University of Liverpool and a former chair and president of the British Psychological Society, has been researching into mental health and suffering. He believes that most people in Britain will be more concerned about their future, and the economy, opposed to the current pandemic.

“I think that the pandemic itself, the virus, is a significant challenge for people. But I think we understand that collectively and we’re okay with that,” Kinderman told Xinhua.

He stresses that his main concern is how people will react to the future issues that arise – the knock-on effects of the pandemic: potential higher taxation, unemployment, and recession. These have all been factors in psychology studies on mental health after major world crises.

According to Kinderman, in previous pandemics like Black Death that ravaged Europe between 1347 and 1351, the social and psychological structures were challenged by the aftermath of that particular disease event.

The 1918 influenza pandemic also seemed to have major impacts on mental health across Europe, albeit findings have been tied in with the consequences of the World War I.

“My real fear is that as we come out of this with significant numbers of people unemployed, very significant changes to working practices, a lot of people in financial difficulties, massive investments by the government using taxpayers’ money that people will have to pay back … the consequences for the economy and the social disruption that that causes will be where the major mental health, emotional, behavioural consequences form,” Kinderman said.

The professor believes that this could give rise to fear and anxiety in people across Britain, possibly giving way to depression.

“One of the primary reasons people become depressed is that they have very little reinforcing in their life, and if there’s nothing reinforcing about your life during lockdown then it will be very depressing,” he said.

“Following the 2007-08 banking crisis, we saw in the UK somewhere around 700 suicides in a year than statistically would be predicted. So the best estimate is that the banking crisis and consequent unemployment lead to an increase in suicide – especially in men.”

Many people across Britain, like Mitchell, are appearing to adapt to lockdown relatively well.

Mitchell has stuck to a routine of making sure to exercise everyday, stay in touch with friends and family, and have all of his chores done by the end of each day. He believes this has been key to keeping him relatively positive.

“Lots of my colleagues are doing research into the question: What is it about the current situation that you find difficult, or indeed uplifting and positive?” Kinderman said.

He said in broad terms the three strongest predictors of wellbeing are physical health, relationships and the sense of meaning and purpose.

“The physical health is under threat at the moment – not only from the virus, but by lack of physical exercise,” he said, adding that there is a strain on relationships as “we in lockdown are not seeing people nor can we talk about things in quite the same way”.

“And the sense of meaning and purpose, and I think one of the things that is worrying about this period is a lot of people seem to be waiting.”

Kinderman believes that many people across Britain are waiting to see what happens when lockdown is lifted – what it means for them and their children. This waiting period is not good for a sense of meaning and purpose, according to Kinderman.

Like many others, Mitchell said that he is conflicted in what he wants to happen next. He wants the lockdown to end, but also wants to make sure that it is safe to go out.

“As lockdown eases I think we’re going to see a lot of very complicated but essentially normal human reactions to a really unusual situation,” Kinderman said.

He believes that being in this conflicting state is emotionally difficult to process.

“When the lockdown does lift, I think those of us who’ve been paying attention will be worried about a second wave of infection. So we’ll be keen to get out there and do things but we’ll also be worried. We’ll probably be making adjustments, so we’ll probably be outdoors and interacting with people but wearing face masks,” he said.

“That will require adjustment and adjustment is challenging,” he added.

Currently there are a number of studies being undertaken by psychologists to try and better understand how people are being mentally affected by the coronavirus pandemic.

Recently, a study led by Professor Richard Bentall at the University of Sheffield and a team of experts found that mental health impacts of the lockdown posed “more stress” to parents with young children.

Another study, which Kinderman is lending his expertise to, is surveying over 90,000 people across Britain to see how they can identify which groups are more at risk and understand the effects of any potentially protective activities people could be engaging in – this will help to inform the advice people are given about how to stay well at home.

But throughout his research on mental health and lockdown, Kinderman is keen to emphasise that humans always find a way to work together when under threat.

“Human beings are absolutely fantastic at, and have probably evolved specifically in order to, work collectively in times of external threat. What we’re seeing now, and what we’ve seen in huge crises before – plagues and wars – is humans coming together. That’s what we do,” he said.