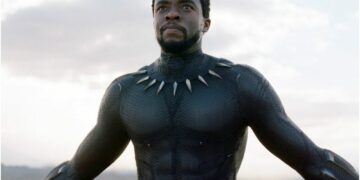 Marvel reveals the ‘Black Panther’ sequel, ‘Black Panther: Wakanda Forever’, and a slew of release dates for more movies in the next 2 years

Marvel reveals the ‘Black Panther’ sequel, ‘Black Panther: Wakanda Forever’, and a slew of release dates for more movies in the next 2 years

by Editor
in Around The World, Entertainment, Movie
Reading Time: 2min read
3 1 The first “Black Panther” film grossed over $1 billion at the box office in a short 24 days. Star Chadwick Boseman was due to reprise his role as the titular King T’Challa, but died of cancer in 2020, shocking fans and colleagues who were unaware of his diagnosis.

Marvel head Kevin Feige has said that Marvel will not recast the role.

“Chadwick Boseman was an immensely talented actor and an inspirational individual who affected all of our lives professionally and personally,” Feige said during a December presentation.

“His portrayal of T’Challa [and] the Black Panther is iconic and transcends any iteration of the character in any other medium from Marvel’s past. And it is for that reason that we will not recast the character,” Feige added.

Marvel also announced the title of the “Captain Marvel” sequel will be “The Marvels.” That film, starring Brie Larson, will be released November 11, 2022.

Additionally, Marvel announced two new release dates for the third “Ant-Man” and “Guardians of the Galaxy” films, which were previously undated:

Here’s a snapshot at the upcoming films in the Marvel Cinematic Universe: