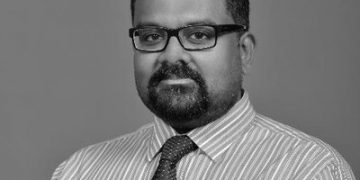 Male, February 5 (newsin.asia):  The Maldivian government has said that the nation’s Supreme Court has defied the supreme authority in the country , namely the Constitution, by ordering the immediate release and retrial of nine top opposition leaders who had been jailed for serious crimes like terrorism, murder, bribery and  fraud.

In a statement issued after the declaration of a State of Emergency for 15 days, the International Spokesman of the Maldivian government, Ibrahim Hussain Shihab said:  “The primary function of the state is to protect its citizens from harm. Implementation of the Supreme Court ruling is – in its current form – incompatible with maintenance of public safety.”

“The administration has raised concerns with the court with respect to these facts. The executive’s repeated engagement with the Supreme Court speaks of the urgency towards resolving the issue. It underscores the vital importance it attaches to the relationship between the executive and the judiciary.”

“President Abdulla Yameen  on Monday  sent letters to the Supreme Court asking it to amend a recent ruling calling for the release and retrial of convicted criminals. Amongst them was the former President, who is living abroad after being temporarily discharged from prison on medical grounds.”

“Given the serious nature of charges – which include terrorism and murder – against those listed in the ruling, President Yameen highlighted concerns over national security if the ruling was implemented. The President’s letters to the Supreme Court follow serious worries raised by the Prosecutor General.”

“The correspondence state that the judgment, which effectively declares the court should not be subject to scrutiny, impinges on the constitution. In doing so, it violates section 157  of the constitution that asserts all members of the judiciary are subject to investigation by the Judicial Services Commission.”

(The featured image at the top is that of Ibrahim Hussain Shihab, International Spokesman of the Maldivian government)