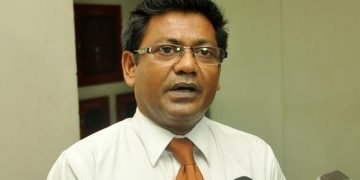 Colombo, October 2 (NIA): The opposition Maldivian Democratic Party (MDP) said on Sunday that it is deeply saddened by the loss of Indian Serviceman in terrorist attacks against the Indian Army last week and appealed to Pakistan to delegitimize terror groups on its soil.

“The MDP wishes to extend its sincere condolences to the people and Government of India,” says a party release issued by its international spokesman Hamid Abdul Ghafoor.

“Cross-border terrorism poses a great threat to the region and must immediately be stopped by all stakeholders. The MDP strongly feels Pakistan must combat and delegitimize terror groups in the region by unequivocally distancing itself from any and all such militant groups. The MDP believes that such a denunciation is a crucial precursor for a sustainable and peaceful solution to this regional crisis.”

“The MDP furthermore wishes to commend India for its continued restraint and measured response, which has prevented further escalation of tensions.”

“Terrorism poses a serious threat in South Asia. As a region, together, leaders of South Asian countries must combat terrorism to effectively uproot terrorist groups, influences and curb its growth in this region,” the MDP said.

Turning its attention to the Maldives under President Abdulla Yameen, the MDP asked the government  to constructively address the issue of terrorism by increased transparency through public listing of terrorist groups and launching of de-radicalization programs immediately.